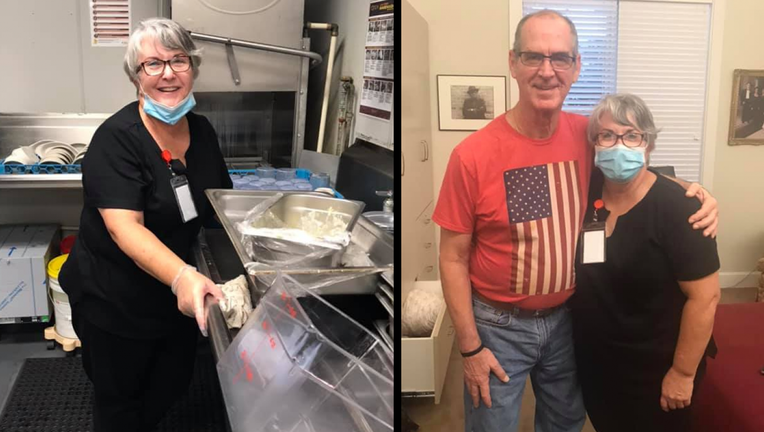 Mary Daniel and her husband, Steve, reunited after 114 days apart after she took a job at the memory care facility that he lived in. (Mary Daniel via Facebook)

A Florida woman took a dishwashing job at her husband’s nursing home after the coronavirus pandemic kept them apart for 114 days.

Mary Daniel’s husband, Steve, has been living at Rosecastle Assisted Living and Memory Care facility in Jacksonville since he was diagnosed with early-onset Alzheimer’s.

Before the pandemic, Mary would visit her husband every night and help him prepare for bed. She couldn’t live with him, but it was what she could do to stay connected to him.

“I put him in a memory care center and everything was going really, really well,” Mary told CBS News. “He was thriving with all the people, and in March, obviously everything changed.”

When the coronavirus spread across the state, Gov. Ron DeSantis banned visitations to nursing homes to protect patients and prevent the spread among a vulnerable population. Mary sent “at least a hundred” messages to DeSantis asking for permission to visit her husband, and appeared on the local news to tell her story. 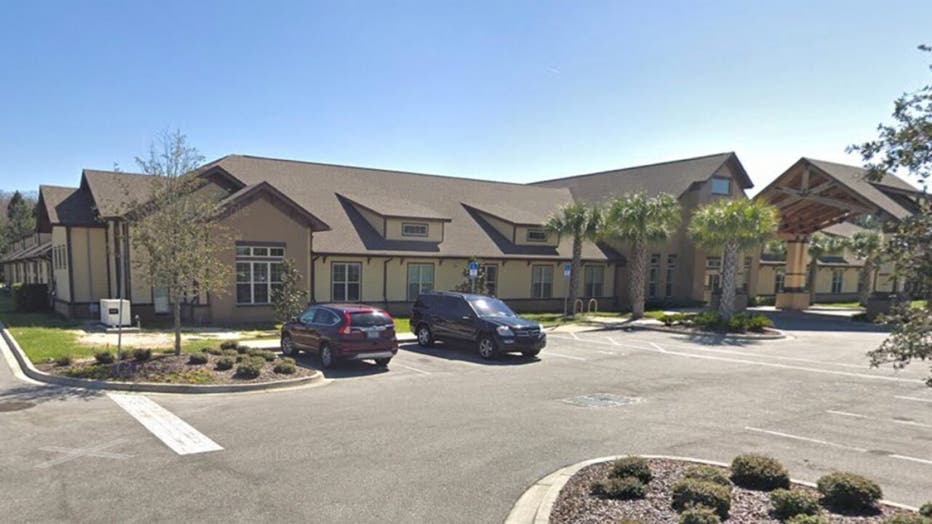 “We tried a window visit,” Mary told First Coast News. She would visit twice a week and stand outside his window. “He just cried. You can’t explain it to him.”

Mary appealed to Rosecastle, offering to bring a therapy dog or volunteer in another way, but the facility wasn’t sure how long the pandemic might last. Then, out of the blue, the corporate office reached out to Mary and offered her a job as a dishwasher.

She finally reunited with her husband on July 3, after nearly four months of separation.

"He was teary-eyed," Mary said. "He touched my face, even with my mask on."

Mary has also created a Facebook group called Caregivers for Compromise - because isolation kills too, urging the governor to reconsider visits under certain circumstances.

"After 114 days, I got to hug my husband today. I also washed a lot of dishes," Mary Daniel wrote on Facebook, according to FOX 12. "Proof where there’s a will there’s a way!"

GET UPDATES AT FOXNews.com