Back in November 2020, Orlando asked developers to submit ideas to transform the area beneath the I-4 bridge decks downtown – known as The Bridge District – and envisioned a 9.75 acre urban gathering space.

"As downtown Orlando continues to grow it’s important that the city provide diverse amenities that offer a high quality of life for all our residents and visitors," Orlando Mayor Buddy Dyer said in a statement at the time. "Once complete this project will not only provide new authentic experiences and unique places, but also further unite our entire downtown core."

Previous concept ideas for the I-4 Project

A couple of years later, plans for the space have changed to include parking – more than 400 parking spots – that would be surrounded by gardens and pavilions.

"Still over 50% of this space is park space. We have a lot of event and festival space designed into it," said Martin Hudson, Orlando's Urban Project Manager.

He said the needs of the community have changed over the last two years, but that they're working to integrate concepts and ideas that will impact everyone. 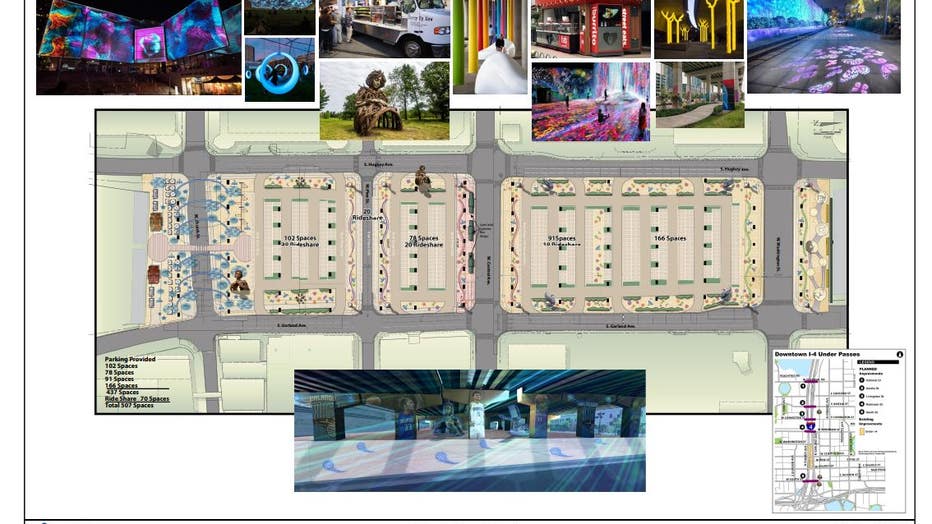 "We are trying to make those spaces to they're versatile, so they can be event and festival spaces, themselves," he said.

The project is still early in the development process and isn't expected to be completed for another couple of years. The city hopes to have a conceptual plan by spring 2023 with construction expected to start in two years.