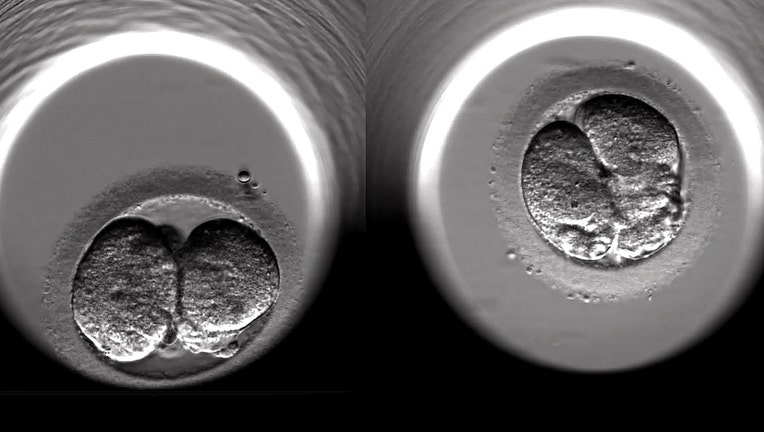 LOS ANGELES - Some of the scientific advancements of the 2010s have been truly mind-blowing, and perhaps none more so than the leaps and bounds we’ve made in the realm of reproduction.

This was not only the decade in which the first "three-parent" baby was born, it was the era when a rogue scientist chose to make edits to a set of twin girls’ DNA, making real the long-imagined scenario of genetically altering human beings while simultaneously thrusting the deeply complicated ethical discussions surrounding this practice into the limelight.

These are the five most life-altering breakthroughs in reproduction from the past decade.

First humans born with heritable edits to their DNA

In 2018, Chinese biophysics researcher He Jiankui announced that he had used the gene-editing tool CRISPR to modify the genes of two twin girls before birth. He and his team said that their goal was to make the girls immune to infection by HIV through the elimination of a gene called CCR5.

When the news broke, many mainstream scientists criticized the attempt, calling it too unsafe to try. Where some people saw the potential for a new kind of medical treatment capable of eradicating genetic disease, others saw a window into a dystopian future filled with designer babies and framed by a new kind of eugenics.

At the time, Dr. Kiran Musunuru, a University of Pennsylvania gene-editing expert, said He’s work was "unconscionable... an experiment on human beings that is not morally or ethically defensible."

Other experts believe He’s work could propel the field of gene editing forward.

The twins, known as Lulu and Nana, have continued to make headlines since their birth. The gene modification that He claims to have carried out may have caused some unintended mutations in other parts of the genome, which could have unpredictable consequences for their health long term — something many scientists who argue against He’s work cite as a reason to hold off on using gene-editing technology on humans.

Only time will tell what will happen to Lulu and Nana and if the edits to their DNA ultimately help or hurt them, but their story pushed the topic of human gene-editing and the ethics surrounding it to the forefront of the global scientific community.

In 2016, a technique called mitochondrial transfer was used successfully for the first time to create a "three-parent baby" grown from a father’s sperm, a mother’s cell nucleus and a third donor’s egg that had the nucleus removed.

A team led by physician John Zhang at the New Hope Fertility Center in New York City facilitated the birth of the first three-parent baby in April 2016.

Using human pluripotent stem cells, researchers were able to make the precursors of human sperm or eggs. In other words, they reprogrammed skin and blood stem cells to become an early-state version of what would eventually become either sperm or an egg.

"The creation of primordial germ cells is one of the earliest events during early mammalian development," Dr. Naoko Irie, first author of the paper from the Wellcome Trust/Cancer Research UK Gurdon Institute at the University of Cambridge told Science Daily. "It's a stage we've managed to recreate using stem cells from mice and rats, but until now few researches have done this systematically using human stem cells. It has highlighted important differences between embryo development in humans and rodents that may mean findings in mice and rats may not be directly extrapolated to humans."

A 2018 study showed that gene editing can allow two same-sex mice to conceive pups, and two female mice were able to successfully create healthy pups that then went on to reproduce themselves.

A team of researchers at the Chinese Academy of Sciences in Beijing, led by developmental biologist Qi Zhou, were able to use gene editing to produce 29 living mice from two females, seven of which went on to have their own pups. They were able to produce 12 pups from two male parents, but those offspring were not able to live more than two days.Whether or not the method can one day be used in same-sex human reproduction is still up for debate.

For the first time ever, Chinese scientists were able to clone two primates using the technique that produced Dolly the sheep, the first mammal to be cloned from an adult somatic cell via nuclear transfer.

The two cloned female macaques were named Zhong Zhong and Hua Hua, and their successful birth opened up the possibility of using the same cloning method to one day clone humans.