A large group gathered Sunday at Lake Eola in Orlando to show their support for Ukraine.

Orlando, Fla. - A large group gathered Sunday at Lake Eola in Orlando to show their support for Ukraine.

The group has been coming to make their voices heard at Lake Eola for weeks and says they will continue to rally as Russia's invasion of Ukraine drags on.

"We will be coming here every week," said a woman at the rally. "We will be doing whatever in our power to help our friends and families in Ukraine, and we won't forget about them."

Rep. Scott Plakon (R-Lake Mary) says the Russian-Ukraine War is weighing on people of all backgrounds.

"It goes well beyond Ukrainian people," said Rep. Plakon. "You see a nation that's free like us, now being bombed in their children's hospitals and their food sources, people in cellars hiding."

A family designed and was selling t-shirts Sunday. The money raised will be sent directly to the Ukrainian families who need it and are praying for help. 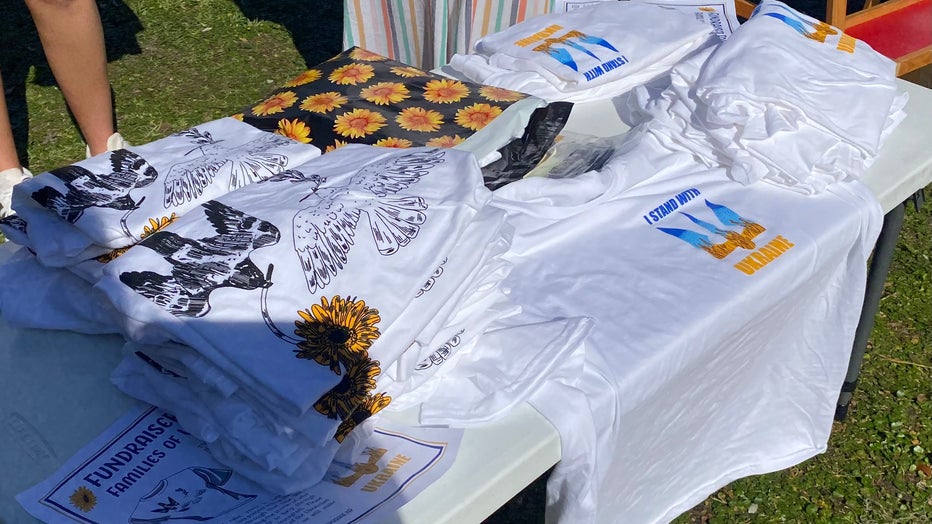 You can donate to St. Nina's Orthodox Church to help or reach out to purchase a shirt here.