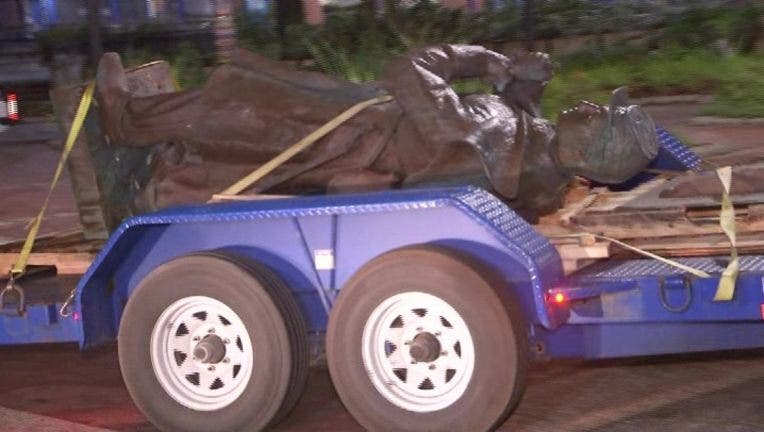 JACKSONVILLE, Fla. - A Confederate statue that had been in a northeast Florida park for more than a century was removed in the predawn hours Tuesday ahead of a protest demanding racial equality.

The statue of a Confederate soldier had sat atop a 62-foot (19-meter) monument memorializing Confederate soldiers in downtown Jacksonville’s Hemming Park next to City Hall until it was removed before dawn without any announcement from city officials.

Mayor Lenny Curry had previously avoided taking a stance on the divisive issue of honoring the Confederacy on public property, according to the Florida Times-Union. 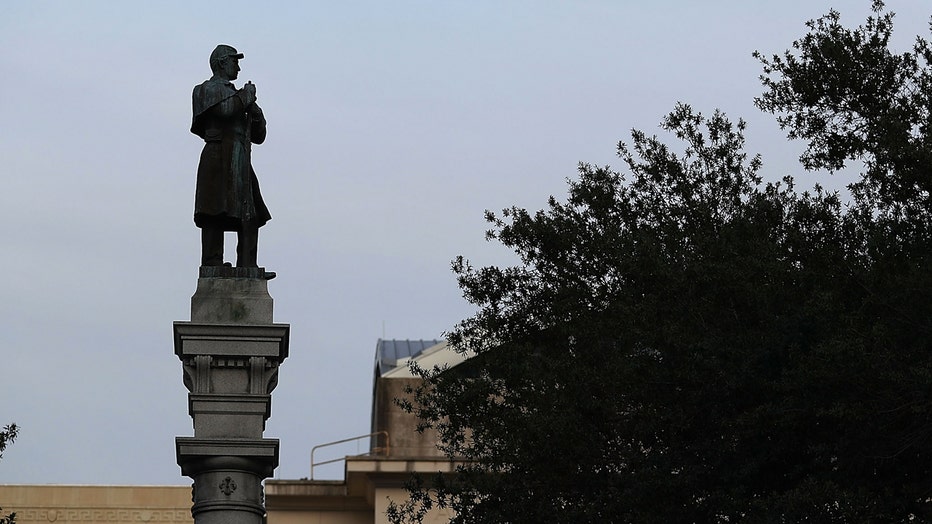 Jacksonville Jaguars running back Leonard Fournette was leading a protest Tuesday outside of City Hall to call for racial justice following the death of George Floyd, who pleaded for air while a white Minneapolis police officer put his knee on the handcuffed black man’s neck for several minutes. At the start of the protest, Curry said other Confederate statues would be coming down. One such statue, “Women of the Southland,” in another Jacksonville park was splattered with red paint over the weekend.

“The confederate monument is gone, and the others in this city will be removed as well,” Curry said. “We hear your voices. We have heard your voices.”

Some Lake County residents are protesting plans to relocate the statue of Confederate General Kirby Smith to a local museum.

The long-running debate over whether Confederate monuments are appropriate in public spaces intensified after white supremacists converged on Charlottesville in 2017, in part to protest the city’s attempt to move a statue of Confederate Gen. Robert E. Lee. Some who want to preserve Confederate monuments say they are works of art and say their removal would amount to erasing history. Critics say they inappropriately glorify a legacy of racism and slavery.