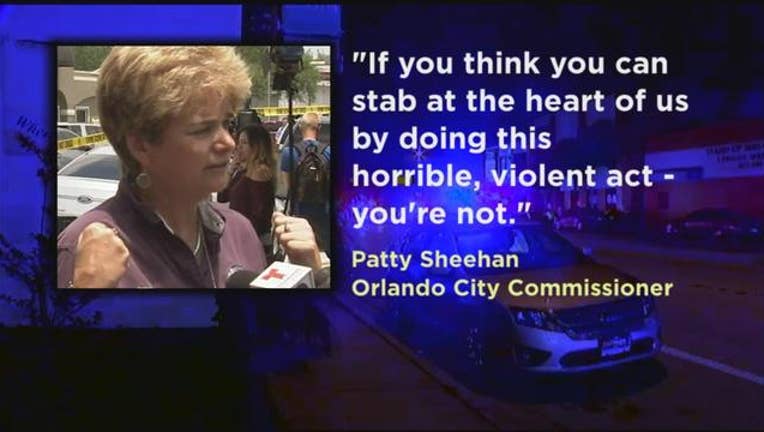 ORLANDO, Fla. (WOFL FOX 35) - Orlando's first openly gay commissioner has spoken out on the mass shooting at a gay nightclub in Orlando.  Police departments across the country are increasing patrols near locations frequented by the LGBT community after a gunman killed dozens of people at Pulse Orlando.

In Los Angeles, the mayor says a heavily armed person who was headed to a gay pride parade had been arrested by Santa Monica police. Mayor Eric Garcetti says the arrest was completely unrelated to the Orlando nightclub shooting.

Officer Ernesto Rodriguez of Miami Beach Police Department says the agency is saddened by the massacre and out of an abundance of caution will step up patrols. Boston Pride organizers plan to hold a moment of silence at this weekend's scheduled block parties to honor the Orlando victims and police there said there will be a heavier presence at those events.

The Baltimore Police Department says it is reaching out to the city's LBGT community to discuss concerns and safety after the Orlando massacre.

A law enforcement official says the shooter in the massacre at a gay Florida nightclub was known to the FBI before the incident and had been looked at by agents within the last few years.

The official spoke to The Associated Press Sunday about the shooting, the deadliest in U.S. history. The official was not authorized to discuss the ongoing investigation and on spoke on condition of anonymity.

The shooter has been identified as Omar Mateen of Florida. The official says the matter for which Mateen came under investigation was "open and closed pretty quickly."

Other details about the matter weren't immediately available.