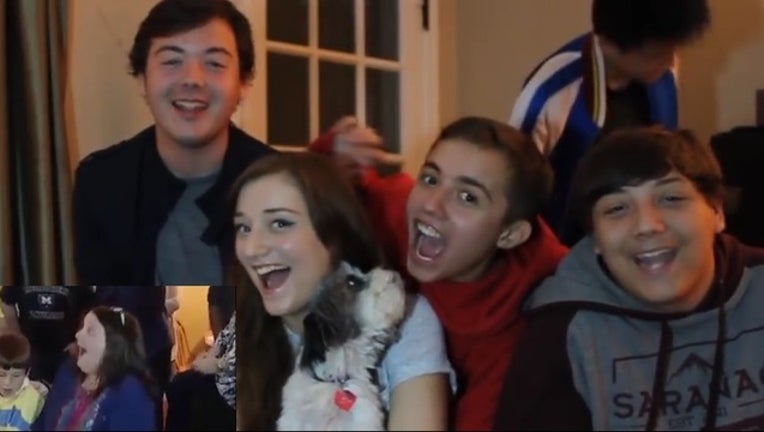 Watch out Disney World, the Andersons are coming! And the reason that they are visiting will sparks magic in all of our hearts.

Beth Anderson’s three children and one cousin decided to sprinkle some Pixie Dust on her for her 50th birthday and captured it all on video.

Joshua Anderson said he and his siblings cast the spell two years ago when they started saving every paycheck, babysitting money, and every penny they could. He said his mother had done everything she could to provide for them on her own since the loss of her husband 18 years ago. At times, she even held several jobs at once to make ends meet. Joshua said that sometimes it was more than she could handle, but she was always there to get them through to where they are now.

The family had not been on a vacation for ten years because it was just too expensive, but this past weekend, Joshua, 22, along with his 19-year-old brother Ben and 18-year-old sister teamed up with their mother’s identical twin sister, their 15-year-old cousin and the foreign exchange student their mother took in this year to make the magic happen. With a flick of the wand, a short video, and pair of Mouse Ears, their mother was surprised with gift vacation she will never forget.

The reaction by their mother is simply priceless.

The family will be headed to Florida in January to continue their celebration.

Joshua said he wanted to share the video with the world so everyone would know what an incredible mother they have.