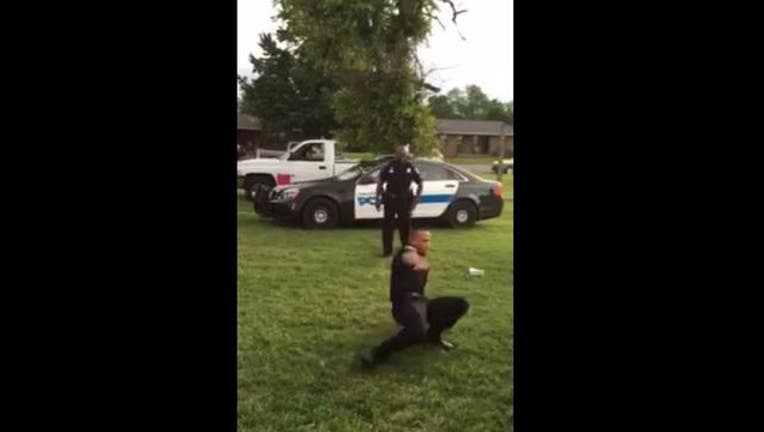 Britton Winfree posted the video to Facebook on July 11 and it quickly went viral. The man said he was at the cookout playing flag football when he saw a police car coming. According to the post, he immediately thought the officer was there to "bother" them. However, it was just the opposite.  Officer Ariel Feroz Carrillo started to show off his dance moves.

"Today while I was at a community day cookout in Lebanon TN playing flag football I look up and I see a police car coming. I immediately think to myself "aw man what now" thinking they must want to bother us in some way, but to my surprise it was the exact opposite. In fact officer Ariel Feroz Carrillo trusted us so much that he took his belt which had his gun and other things he uses to protect himself with to teach us a few cool dance moves. These are the things that will bring about change instead of telling ppl how good cops could be officers Tim Kelley and A. Carrillo showed us. And I want to tell both of those officers thank you for setting such good examples for all the little kids that were in attendance today."

See the officer's dance amazing dance moves in the video above.