There was chaos on I-75 in Alachua County after a 9-vehicle crash. Thankfully, one deputy stayed calm, rescuing several people and talking to frightened kids.

ALACHUA COUNTY, Fla. - There was chaos on I-75 in Alachua County after a fiery 9-vehicle crash.

The sheriff's office shared incredible body camera video of one of its deputies helping several victims. 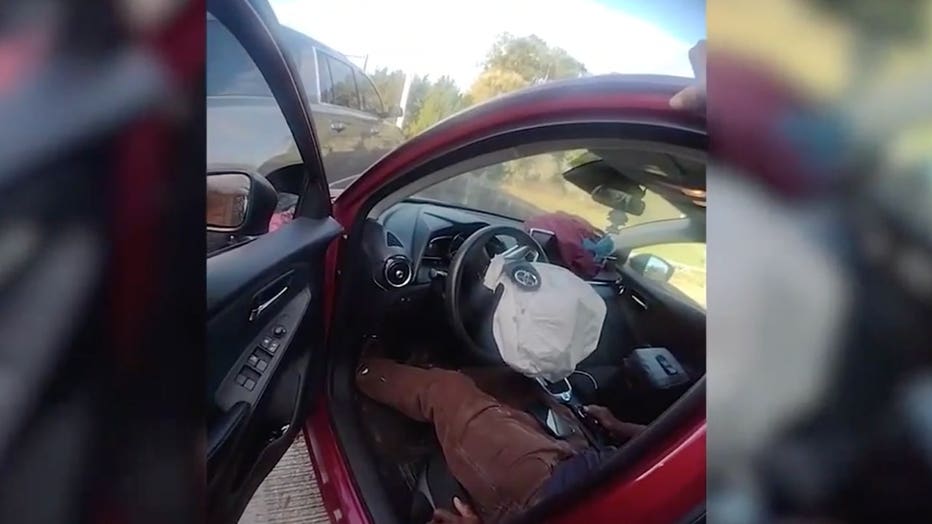 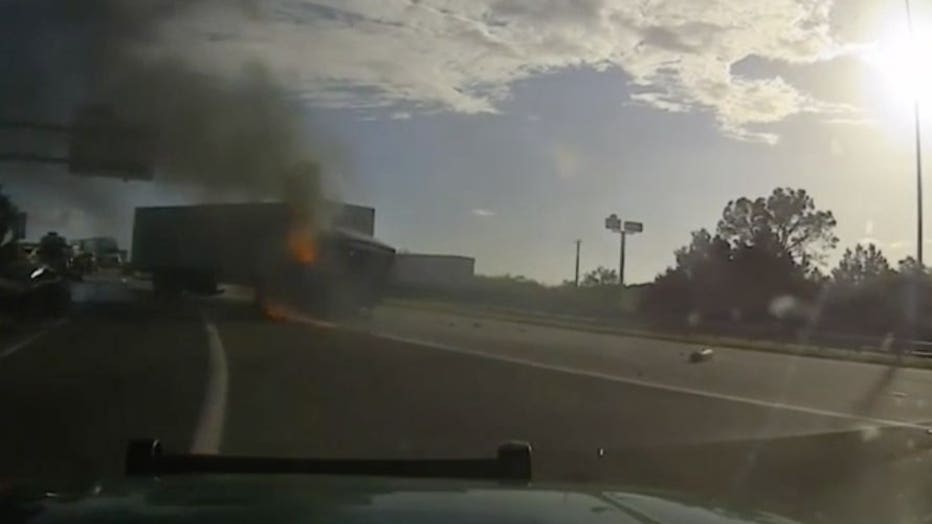 Deputy Lloyd O'Quinn was first on the scene and immediately got to work. He shattered a trapped driver's window and then pulled her out and onto the grass. Once she was safe, the deputy went vehicle to vehicle checking for other victims.

He found a man with a head wound and a mother with her kids.

As he made his way further down, O'Quinn found leaking diesel fuel and a driver with a possible broken leg. The deputy calmly evacuated people and reassured frightened, crying children.

The crash happened on Monday during the evening rush. FOX 35 is working to get an update on any injuries.