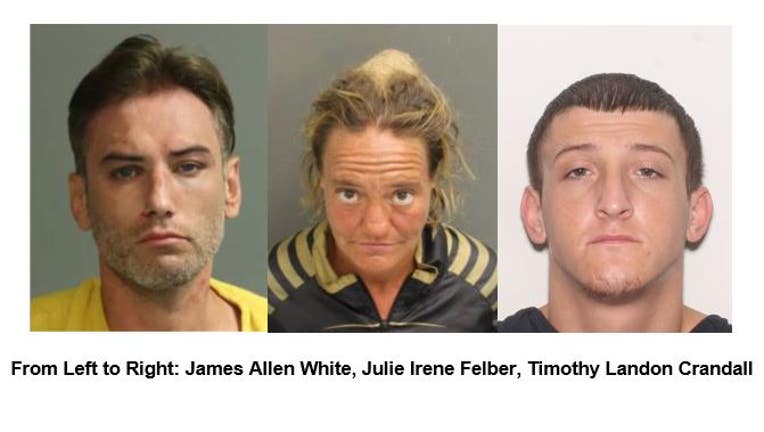 ORLANDO, Fla. - The Orlando Police Department said on Sunday that a third suspect in a murder investigation was arrested.

The suspect, James White, was taken into custody on a warrant and is charged with second-degree murder and abuse of a dead human body, along with tampering with physical evidence.

Police say the body of Garland Ross was found inside of a suitcase in East Orange County on April 1.

Investigators say his death happened at a home on north Orange Avenue on or around March 28.

Officials say two other suspects, Julie Felber and Timothy Crandall, are in custody and have both been charged with accessory to the crime, abuse of a dead human body and tampering with physical evidence.