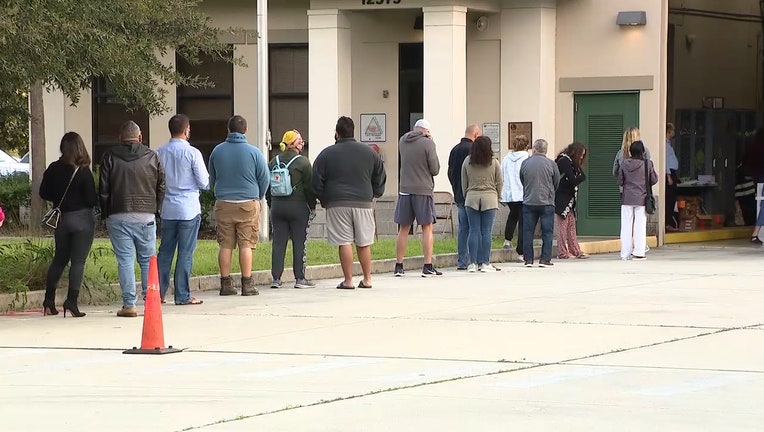 LAKE MARY, Fla. - With so many Floridians deciding to early vote or vote-by-mail, I wanted to talk to people who decided to vote on Election Day.

“Historically, I always vote on Election Day,” Orange County voter Tony Toups said. “So, that’s what I did.”

Voters who turned out to vote in-person on Election Day had their reasons for doing so.

“I really did it for my ancestors,” Orange County voter Adrienne Jackson said. “They fought for me to be able to vote … I guess, (it) is important for them and for me.”

FOX 35 saw lines forming just after polls opened. People stayed spaced out and waited patiently outside of a fire station in Lake Nona.

“I figured with 60 percent already voted, the other 40 percent, not all of them is coming,” Toups said. “So, I didn’t think it was going to be a busy, busy day.”

In Osceola County, we spoke with voters who said the reason they waited to vote on Election Day was because they couldn’t get to the polls until then.

“Personally, I have a busy schedule,” Osceola County voter Anthony Lopez said. “I work a lot. I sell cars. So, it’s really a lot of work. My job actually let me leave right now to go vote.”

Voters we spoke with said they wouldn’t miss the chance to cast their ballot.

“(All elections are) important,” Toups said. “I think this one is even more important just because of what’s happening and who the two candidates are.”