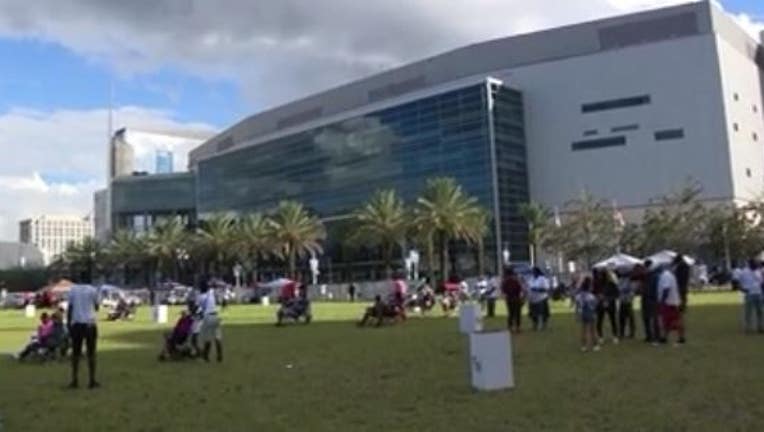 ORLANDO, Fla. - Seventeen organizations, including churches, got together for Central Florida's "Vote Fest" over the weekend.

The event, which featured singers, comedians and guest speakers, drew hundreds of people to a field in front of the Amway Center where early voting is taking place.

The goal was to get people in the Downtown Orlando and Parramore communities to vote.

“We’re expecting much more than what we’ve seen in the past for this community in Orlando to show up and vote,” said Bishop Derrick McRea, one of the event organizers.

This is the first year the Amway Center is being used for early voting.

McRea called the new voting location a major factor in getting turnout for those communities.

“We want to make sure everybody understands the power of their selection,” he said. “So, we are really pushing everyone to go out. We wanted to bring it to an area that’s really convenient for people to walk outside as well and just literally walk to the Amway Arena (Center) and vote.”

According to the Orange County Supervisor of Election’s office, 674 people cast their vote at the Amyway Center Sunday.