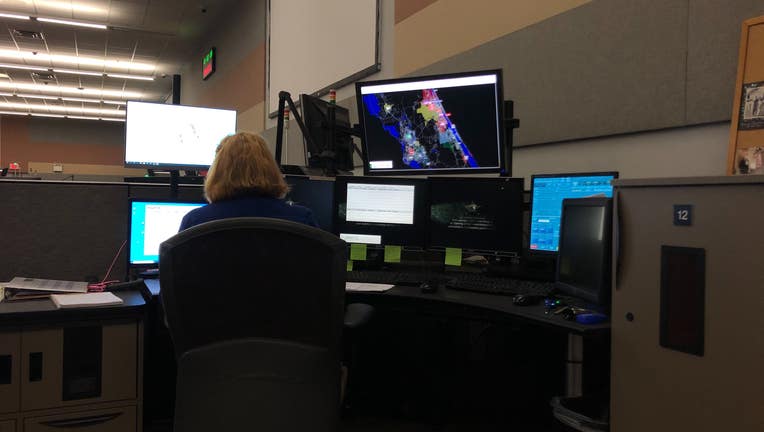 VOLUSIA COUNTY, Fla. - A new program in Volusia County hopes to free up emergency resources by diverting patients who don’t necessarily require an ambulance or a visit to an emergency room.

The E-911 Triage Nurse program consists of a group of registered nurses who focus on low-level calls, such as people calling in with flu-like symptoms or rashes.

Dispatchers screen callers and if they believe they don’t need to go to an ER, they will transfer them to the nurses, who often divert them to urgent care centers or their primary care doctor.

A new program in Volusia County hopes to free up emergency resources by diverting patients who don’t necessarily require an ambulance or a visit to an emergency room.

“One of the first diversions we had was from a 19-year-old who called in and was suffering from pink eye,” said the county’s EMS director, Jason Brady.

Brady said the Volusia County Emergency Operations Center gets about 70,000 calls per year.

Of those, 28,000 don’t result in a transport to the hospital, meaning in some cases, dispatchers sent an ambulance as required, but one wasn’t necessarily needed.

With the program, nurses help patients get the care they need without sending those services.

However, the RNs are cross-trained as dispatchers, meaning they have the capability to send emergency services if needed at any point during the call.

Cawood said since it started three weeks ago, the program has been able to divert about 27 percent of the calls coming in.

Brady said it frees up resources for critical calls like heart attacks and accidents, in turn speeding up response times.

Additionally, he said it reduces ambulance fees and costly bills for patients.

“As you know, emergency trips are pretty high-dollar and so are ambulance trips,” he said.

The program is starting off with only a small group of nurses working limited hours, however, county health officials hope they can expand the program in the future to 24/7 services.