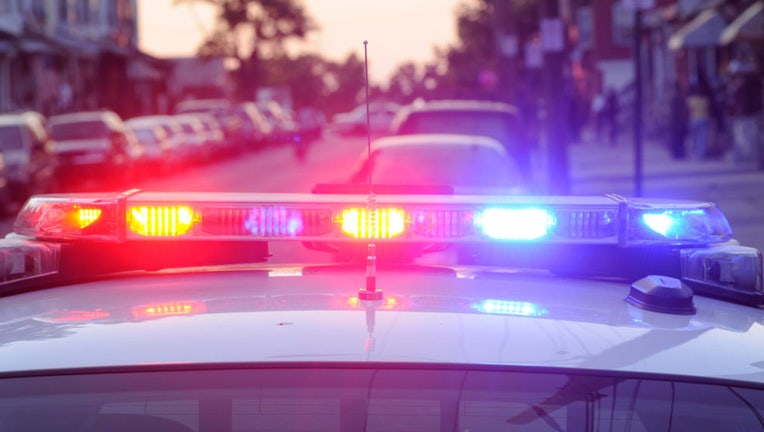 FILE - A police patrol car is parked near a sidewalk.

A Virginia physician assistant is accused of stalking his ex-girlfriend for three days before violently murdering her husband in New York and fleeing the state, according to officials and a local report.

Jacob L. Klein was arrested in Virginia late Friday and is in federal custody on a charge for unlawful flight from prosecution, the Times Union reported Monday. Albany County Sheriff Craig Apple said Klein was expected to be arraigned Monday and would then return to New York, where he faces a charge of second-degree murder.

Klein, 40, is accused of murdering 35-year-old Philip L. Rabadi, who was found "bound and with multiple stab wounds and mutilation to his body" on Wednesday morning when officers responded to his New Scotland, New York, home, Apple said during a press conference related to the arrest. Authorities and loved ones made the gruesome discovery during a welfare check after Rabadi did not show up for work as a physician assistant at a local hospital, according to the report.

Speaking during a press conference on Saturday, Apple said investigators had their suspicions as to why Klein was stalking the 29-year-old woman, but said he could not speak further on the topic. He said Rabadi had no prior history with Klein.

Times-Union reported the woman and Klein were once in a relationship, and she did not know Klein had been stalking her before his attack.

According to the report, Klein took his own vehicle from his Franklin County, Virginia, home to an Enterprise rental car location in Albany. There, he allegedly swapped cars and began to watch the victim’s home and the hospital where both Rabadi and his wife were employed.

Apple described how the woman had already left for work on Wednesday when residential surveillance camera footage showed Rabadi opening the front door to Klein around 7:30 a.m., according to Times Union. Times Union described Rabadi as appearing "to react as if a weapon was brandished."

Apple said police recovered a handgun from the vehicle Klein was driving when he was arrested, but investigators were still tracing the weapon.

Klein reportedly has no prior criminal history and is a U.S. military veteran who has also lived in California and New York.