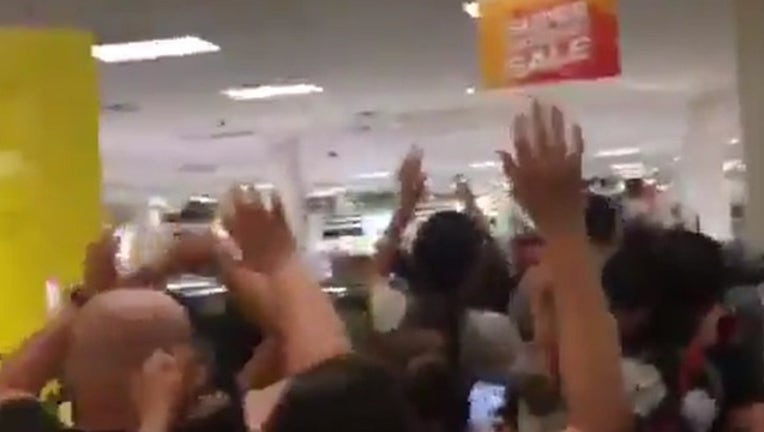 EL PASO, Texas (FOX 35 ORLANDO) - Authorities reported multiple fatalities and at least 18 people have been taken to the hospital after a shooting rampage in El Paso, Texas on Saturday.

Texas Lieutenant Governor Dan Patrick tells FOX News that there were between 15 to 20 victims in the mass shooting. The suspect in custody is a 21-year-old man.

Gunshots can be heard in a video taken by Sylvia Saucedo and shared by her relative Joshua Anthony, who says the footage was taken at the McDonald's inside the Walmart. Customers are seen hiding under tables as several gunshots rang out.

In another video by Victoria Balderrama, authorities are seen evacuating the JCPENNY in Cielo Vista Mall. Police are heard telling customers to keep their hands up and to run.