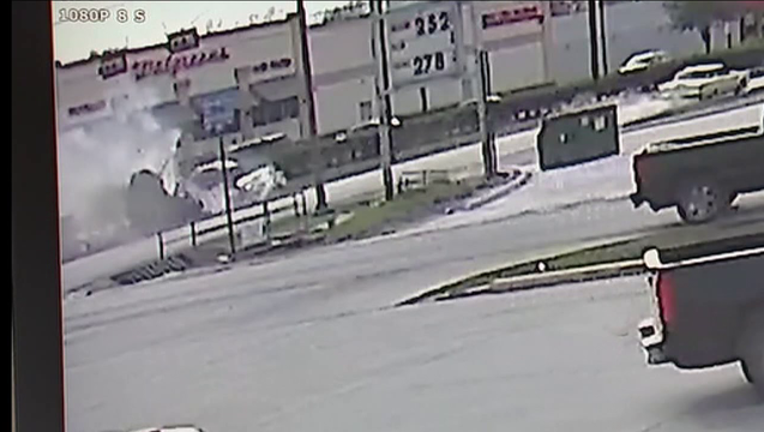 New surveillance video catches a deadly crash on camera in north Houston. A 14-year-old driver is now charged with murder in that case.

Her family tells FOX 26 Zavala had driven up to Houston from McAllen to visit family for the New Year holiday. The mother of two and grandmother was out shopping for supplies for her drive home when the crash happened.

Deputies say a 14-year-old driver ran a red light, t-boning Zavala’s truck and killing her. Bystanders are seen on surveillance video running to help.  Staff at the neighboring gas station say it was a good Samaritan who cut Zavala’s seat belt in hopes of saving her life, but deputies say she died at the scene.

The 14-year-old boy is booked in juvenile jail—charged with murder. His name has not been released because he is a juvenile.

The teen’s next door neighbors say they’ve often seen the 14-year-old driving his parents’ SUV. They had assumed he was older and legal to drive.

Deputies say he and his two 15-year-old friends had been throwing eggs at other cars during their afternoon drive on New Year’s Day. But when an egg hit a tan Lincoln, deputies say that driver flashed a gun at the teens and began to chase them.

Shortly after the chase began, the SUV ran a red light causing the deadly crash.

The driver of the Lincoln who had been chasing the 14-year-old was initially nowhere to be found. By Wednesday, the sheriff’s office has located him. Deputies say he is cooperating with the investigation. There is no word yet on whether he’ll be charged with anything.