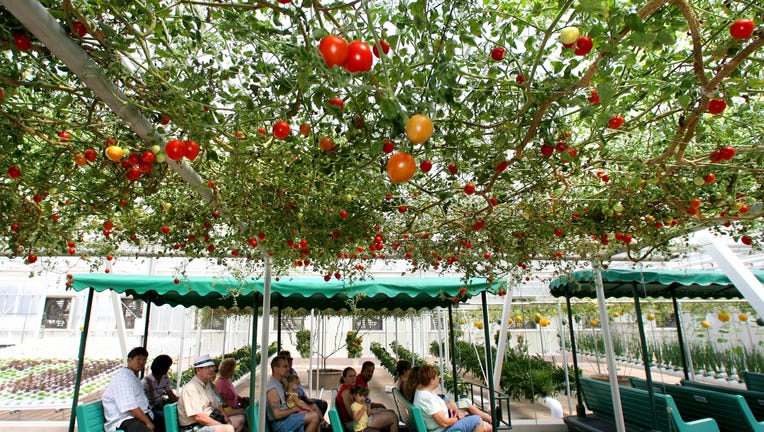 Guests riding the Living With The Land attraction view hydroponic-grown tomatoes on the world-record 'Tomato tree' at Epcot's Land pavilion at Lake Buena Vista, Florida, September 12, 2007. The massive plant has produced a world-record harvest of mor

ORLANDO, Fla. - Video going viral shows a guest exiting the ride vehicle of an attraction at Epcot to grab a cucumber.

The video was originally posted by @marthalorena on TikTok but appears to have been taken down.

The video has since resurfaced when @Alex64Gaming posted it on Instagram, with the caption "Lady jumps off Living with the Land attraction in Epcot."

The video shows a guest get off the ride vehicle to grab a cucumber. She falls trying to get back into the boat. Another guest gets off the boat as well to help her.

A Twitter user who replied to a blog post about the incident claims that he actually sat behind the guests. He posted a different angle of them getting off the boat with the caption, "I had the luxury of sitting behind these morons. They actually jumped off the boat 4 different times during the ride."

Universal Orlando Resort also decided to comment on the incident, stating "a churro, yes, but a cucumber?!"

Walt Disney World requires guests to stay in their ride vehicles at all times during attractions.