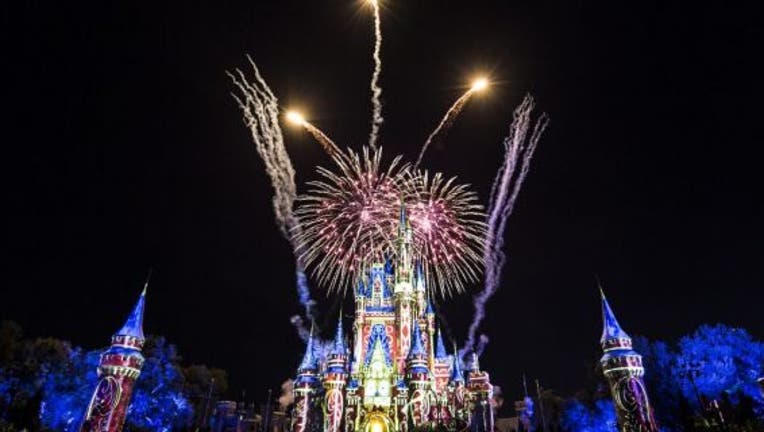 ORLANDO, Fla. - Fireworks will once again light up the night sky over Disney theme parks.

Starting July 1, Walt Disney World will restart its nightly fireworks performances at Magic Kingdom Park and EPCOT. The magical tradition was put on hold during the coronavirus pandemic.

"A Disney tradition since 1957, fireworks shows are what Walt Disney called the perfect ‘kiss goodnight’ at the close of a magical day, and this summer the skies above Disney theme parks will sparkle with color once more," Disney Parks Blog reports. "Beginning in July, just in time for the nation’s Independence Day celebrations, our incredibly popular nighttime fireworks spectaculars are returning to Disney parks!"

RELATED: Tickets on sale for 'Disney After Hours Boo Bash’: How to get the cheapest price

At the Magic Kingdom, Cinderella's Castle will be lit up with projections and pyrotechnics for the ‘Happily Ever After’ fireworks show. At EPCOT, guest will be treated to "EPCOT Forever" which will "produce a spectacle of fireworks, music and lighting effects over World Showcase Lagoon, highlighting the themes of innovation, exploration, imagination and celebration at the core of the park’s past, present and future," according to Disney Parks Blog.

Over in California, Disneyland will bring the fireworks back on July 4 with "Mickey’s Mix Magic," which will go off each night throughout the summer.

The announcement comes months before Disney World kicks off its 50th anniversary, "The World’s Most Magical Celebration," which is planned to begin on October 1.