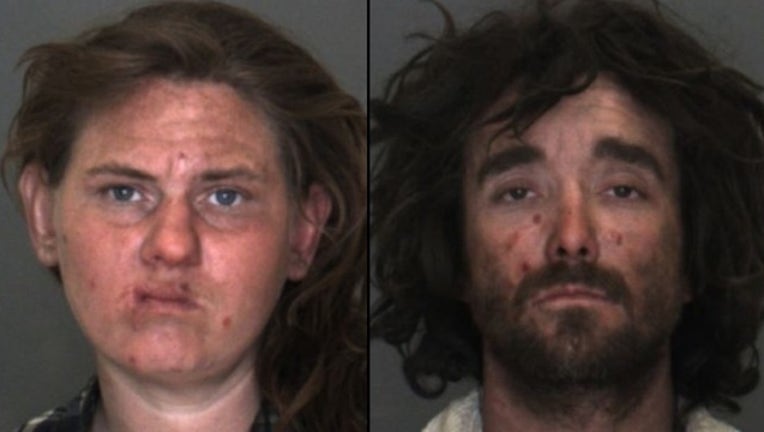 VICTORVILLE, Calif. (FOX 11) - A Victorville couple has been arrested for allegedly sexually abusing their son since 2013.

Roy Ling and Sara Wilson were transients in the high desert in August of 2013 when their at the time 5-year-old son told authorities he was being sexually abused, according to the San Bernardino County Sheriff's Department.

Detectives searched for the pair, but were unable to find them since they were transients.

Finally, in December of 2017, the San Bernardino County Sheriff’s Hope Team found Wilson and Ling in the riverbed area in Victorville and were told they may have committed sex acts on their dogs as well.

The couple was arrested on Valentine's Day this year after detectives gave additional information to the Victorville District Attorney's Office.

They were booked on charges of lewd and lascivious acts with a child. Bail was set at $200,000 each.