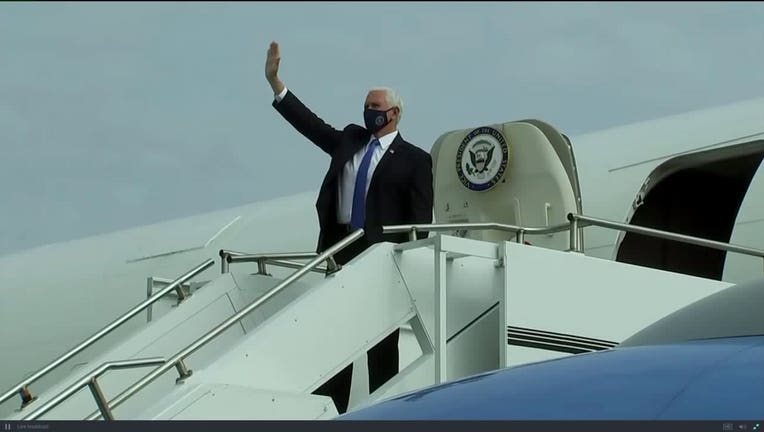 Pence is slated to take part in a 12:30 p.m. event at Memorial Cubano, followed by making a 2:30 p.m. appearance at Lubavitch Educational Center, according to an announcement Tuesday from the Trump campaign.

Pence’s appearances will come the day before Trump holds a rally Friday in Ocala. Also, Trump rallied voters Monday night in Sanford and is slated Wednesday to speak remotely to members of the Economic Club of Florida and five other economic clubs across the country.

“Vice President Mike Pence’s visit to Miami today will only serve as another desperate attempt to gloss over the Trump administration’s complete failure to contain the coronavirus, and their total unwillingness to implement a real plan to help Florida families and businesses recover.

“Because of their weak leadership, Floridians are less healthy and without work after four years of the Trump-Pence administration. Miamians don’t just want our leaders to step up, put politics aside, and get things done for them – we need them to. We are a strong, resilient community and must demand the same of our leadership. Only one candidate has offered an effective national testing strategy, a broad-based economic recovery agenda, and the ability to work across the aisle to get things done, and that candidate is Joe Biden.”

The appearances point to Florida’s role as a key battleground in the presidential election.