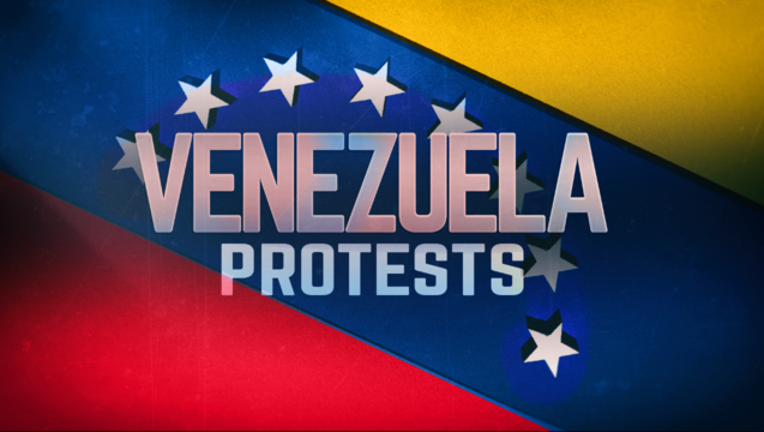 As Venezuelan President Nicolas Maduro clings to power, many of the loudest American voices urging on the Trump administration in its campaign to push Maduro out are concentrated in one place: Florida.

Florida has a large number of anti-Maduro Venezuelans and Cubans and is also likely to be a critical battleground state in the 2020 race for the White House. As a result, the crisis in the South American country is reverberating politically thousands of miles away in the U.S.

"Foreign policy is domestic policy in South Florida," said Democratic Rep. Debbie Wasserman Schultz, who lives in Weston, one of the Florida communities that have seen a Venezuelan influx.

Florida is home to an estimated 190,000 Venezuelans, many of whom arrived in the past decade as their homeland slid into economic and political crisis under Maduro and his predecessor, Hugo Chavez.

They have found common cause with Cuban-Americans, who see parallels between what has happened under the socialist government in Venezuela and what has gone on under communism in Cuba. Cuban-Americans - a potent voting bloc in Florida - are also angry about Venezuelan support for Cuba over the past two decades.

"It's the same cancer," said GOP Rep. Mario Diaz-Balart, a Cuban-American who represents the Miami-area city of Doral, which has so many Venezuelans that some have nicknamed it Doralzuela.

News about Venezuela is a near-constant in South Florida. Videos of Maduro feasting on a steak dinner prepared by a celebrity chef prompted a midday protest in September outside the chef's Miami restaurant. In 2017, a former member of Venezuela's government was loudly confronted by a group of exiles when he was spotted at a local restaurant.

Many Venezuelan exiles can be seen wearing baseball caps with the colors and stars of their homeland's flag. There are also many bumper stickers with messages such as "Pray for Venezuela." A lot of Uber drivers will make small talk and tell you they were architects, pilots or even mayors back in Venezuela, blaming Maduro for the troubles that made them leave.

"If you live in Florida, you probably have met people or personally know people who have been impacted by it," said Republican Sen. Marco Rubio, who has played a leading role in urging President Donald Trump to clamp down on Maduro. "You can't ignore it."

Christopher Sabatini, an adjunct professor at the School of International and Public Affairs at Columbia University, joked that Rubio "acts like the assistant secretary of state for Latin America."

Trump has not shied away from making friends with authoritarian leaders in other regions, but he has taken a hard-line stand against Maduro, calling him a dictator. The Trump administration has imposed sanctions against the regime and backed Venezuelan Congress leader Juan Guaido, who has proclaimed himself interim president.

"Never in 20 years have we had such support like we are having now," said Ernesto Ackerman, an anti-Maduro Venezuelan exile who is based in Miami and head of Independent Venezuelan American Citizens.

What happens in Latin America looms large in Florida. Nearly 17 percent of its registered voters are Hispanic, a group that includes Puerto Ricans, Venezuelans, Cubans, Colombians and Nicaraguans. In a state that Trump won by 113,000 votes in 2016, the support of some of these voters can prove pivotal.

One administration official rejected any suggestion that politics is driving the president's stance, but acknowledged that Florida officials are powerful voices in Trump's ear on the subject and that those pushing on behalf of the Venezuelan opposition have highlighted to Trump the number of Venezuelan expatriates in the crucial state. The official spoke on the condition of anonymity to describe internal conversations.

Vice President Mike Pence traveled Friday to a Miami suburb where he met with Venezuelan exiles and community leaders and assured them Washington was working toward a "peaceful transition" so that Guaido rises to power.

"This is no time for dialogue," Pence said at a church in Doral, prompting loud cheers among exiles. "It is time to end the Maduro regime."

While some Democrats from other parts of the country have been critical of Trump's stand, that's not the case in Florida.

"There is no daylight between Democrats and Republicans on our approach to Venezuela and the illegitimate presidency of Maduro," said Wasserman-Schultz, recounting how Venezuelans have told her about property being confiscated, family members threatened with arrest, and fears of kidnappings.

Rubio said that any political implications associated with a hard line against Venezuela are overstated, and that it is only logical that he and other Florida politicians would try to help their constituents on an issue of concern to them.

"There could be electoral rewards," he said, "but that's the leverage the people have over their elected officials."