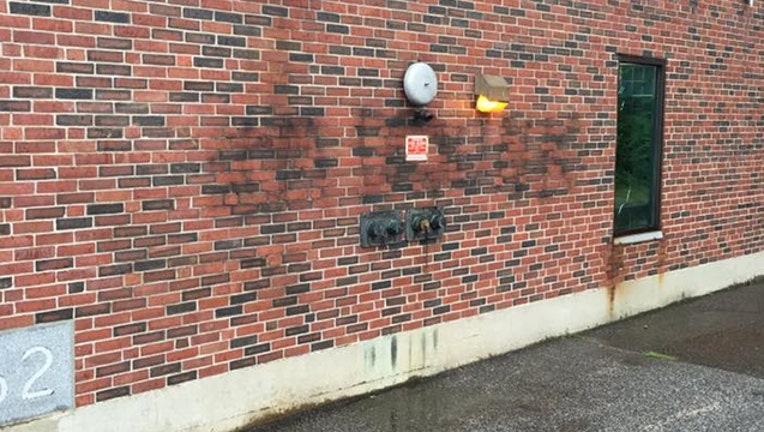 PORTSMOUTH, N.H. - (AP) -- Police in one New Hampshire city are trying to find out who spray painted "I'm drunk" on the side of their station over the weekend.

Portsmouth police Sgt. Chris Kiberd says officers noticed Sunday morning that someone had spray painted the message at some point during overnight hours.

The police department posted on its Facebook page that officers immediately began working to remove "this artist's thoughtful and insightful creation."

Kiberd says surveillance cameras are placed around the municipal complex but none were recording in the area where the graffiti was discovered. Other cameras reportedly captured two males with hoods covering their heads fleeing from the scene around 1 a.m. Sunday.

Police are continuing to investigate and ask that anyone with knowledge come forward.