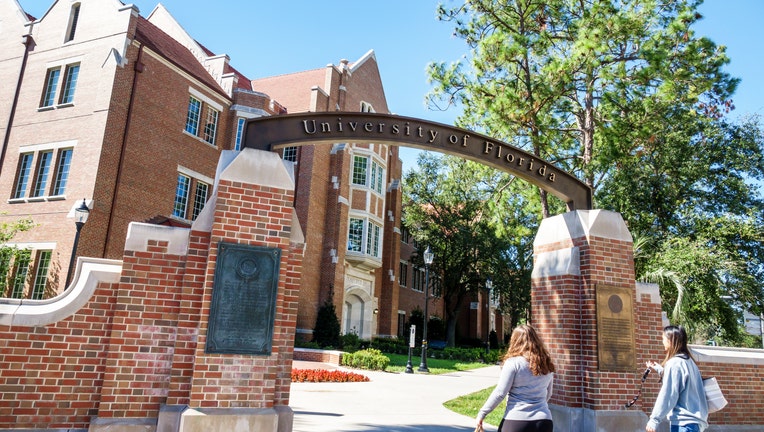 GAINESVILLE, Fla. - The University of Florida will open its upcoming semester with in-person classes, reversing itself within hours of telling students the term might begin online because of the state’s renewed COVID-19 outbreak.

The Gainesville Sun reports UF administrators sent an email to students Friday afternoon telling them that after consulting with university epidemiologists, plans were being made to put the first three weeks of school online.

But then a few hours later, a second email went out announcing that classes would be conducted in-person. No reason was given to the Sun for the reversal, but UF said in a statement to the paper that no schools in the state university system would be conducting classes online.

The university is not requiring vaccines or the the wearing of masks, but is recommending both. In an email to students last week, administrators wrote they "cannot modify the operation of the entire university for a minority of people who may choose not to be vaccinated."

Gov. Ron DeSantis is strongly opposed to vaccine and mask mandates, saying those decisions should be left to each person. He has encouraged vaccination, but has stopped wearing masks in public.

The state averaged almost 22,000 newly confirmed cases per day last week, according to the U.S. Centers for Disease Control, up from about 1,500 per day in mid-June and blowing past last year’s highs before a vaccine was available.

The state’s hospital association reports almost 16,000 Floridians are hospitalized with COVID, up from 1,800 in June. Almost all people recently killed or hospitalized by COVID have been unvaccinated.

Meanwhile, a 27-year-old Fort Lauderdale police officer died Saturday of COVID. Jennifer Sepot had been an officer for four years and is survived by a husband and 2-year-old daughter.

"She was exposed at work and had tested positive," said Detective Brandon Diaz, president of the local police union. He said she had been sick for about a week, but then took a turn for the worst on Friday night. She died the next morning.