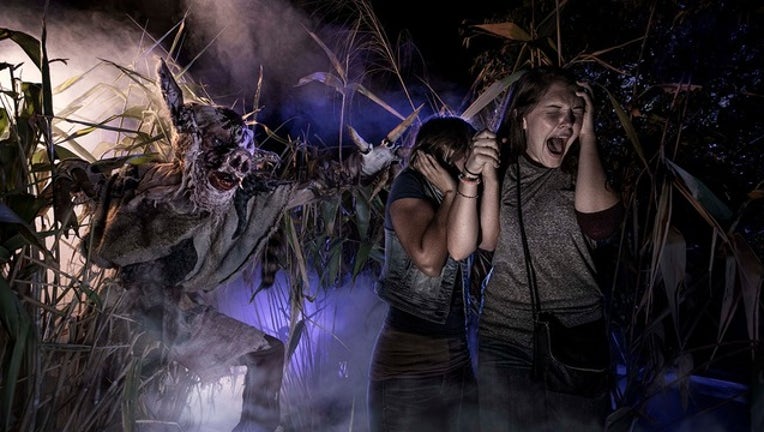 ORLANDO, Fla. (FOX 35 WOFL) - It may only be February, but Universal Orlando Resort is already offering a special deal on Halloween Horror Night tickets.

Available on their website only, Universal is offering buy one, get one tickets for a limited time. With the purchase of any Halloween Horror Nights Flex Ticket, you will get a second night for free. So, that's two nights of horror for just $81.99, plus tax.

This buy one, get one ticket offer is only available until June 5th. These tickets can be used on non-consecutive nights of the event. Saturdays are excluded from the deal, though.

In December, Universal Orlando Resort announced that Halloween Horror Nights will start earlier than ever before, as the event will run from Friday, September 6th until Saturday, November 2nd.

During the fall season, Universal Orlando operates normally during the day but then closes and reopens for the Halloween-themed event at night. It features haunted houses, scare zones and live entertainment.