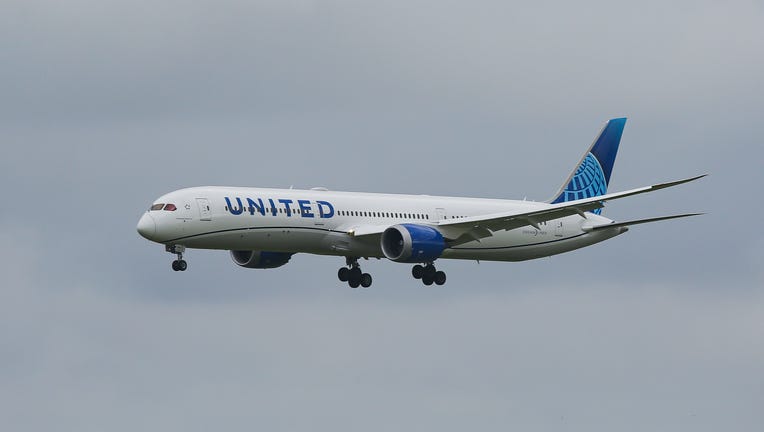 CHICAGO - In its commitment to reducing greenhouse gas emissions by 100% by 2050, United Airlines has become the first U.S. airline to sign an international purchase agreement to buy millions of gallons of sustainable aviation fuel over the next three years.

You may be asking yourself, "What exactly is sustainable aviation fuel?"

SAF delivers the same performance as conventional jet fuel but with a significantly smaller carbon footprint.

"Reducing carbon emissions from fuel is the fastest way United will reach our 100% green goal by 2050," Lauren Riley, United's Chief Sustainability Officer, said in a statement. "As the airline that has invested more than any other airline in sustainable aviation fuel production, it makes sense to expand our network of partners internationally with a leading company like Neste."

In its agreement, United now has the right to purchase up to 52.5 million gallons of SAF for United flights at Amsterdam’s Schiphol Airport and potentially other airports, the company announced Tuesday.

Neste will provide the airline with 2.5 million gallons of SAF in Amsterdam in the first year and will also have the right to buy up to 20 million gallons during the second year.

During the third year, United will be able to buy up to 30 million gallons of SAF at Schiphol or other locations that Neste can supply worldwide as the company increases fuel production.

If you’re thinking that sounds like a lot of fuel, you’d be correct.

United Airlines currently uses a mix of six different types of aircraft to shuttle passengers to and from destinations worldwide. The aircraft range from Airbus 319s and 320s, which are smaller airplanes, to Boeing 787 Dreamliners, the larger type of aircraft in the fleet.

United offers several nonstop flights from the United States to Amsterdam and primarily uses their larger aircraft – the Boeing 787s, 777s, and 767s.

So, how much fuel can those larger planes carry? It depends on the type.

And lastly, the fuel capacity across the different 767 models ranges from around 16,600 gallons to about 24,000 gallons.

This agreement comes as Neste continues its growth, intending to produce 515 million gallons of SAF every year by the end of 2023.

"We're excited to be partnering with United in this milestone purchase agreement and make our SAF available to United, also an industry leader in SAF investments," said Thorsten Lange, executive vice president of renewable aviation at Neste. "Our global, fast-growing SAF production and supply chain supports airlines and their customers in reducing greenhouse gas emissions."

The double-decker aircraft took to the skies using the fuel on March 25 and was in the air for approximately three hours with one of its engines running on SAF.

The same aircraft then made a successful second flight using SAF four days later to test the fuel during takeoff and landing.