Florida's unemployment website is back up and running after going down over the weekend to process claims. According to the website, 25 percent of all claims have been paid.

LAKE MARY, Fla. - Some users are still having trouble with the state’s unemployment website after it was down all weekend for maintenance.

“My number one concern right now, outside of health, is to get the checks out,” Governor Ron DeSantis said during a news conference Monday. “So, we’re putting 100 percent of the effort on this.”

Gov. DeSantis reassured people during a news conference on Monday that unemployment money is coming.

It was down so that the system could work on processing claims.

It is back-up now and according to the website, 47 percent of unemployment claims have been paid out. 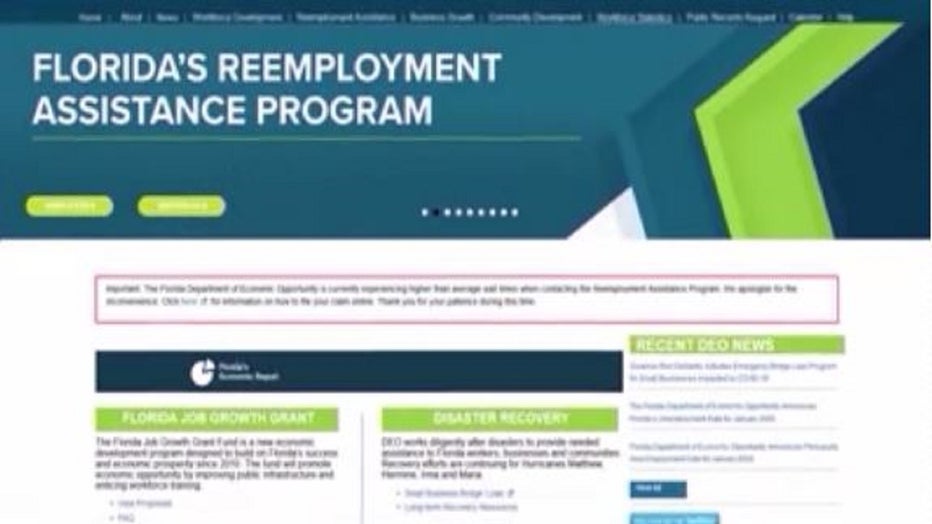 “I think that the folks who have been, understandably, very concerned about when they’re going to get the money, I think today, when more people start seeing more money hit, they’re going to appreciate it,” DeSantis said.

FOX 35 spoke to people who say they are still unable to get their application in yet.

It told him he’s not eligible for the money.

“It said that I can reapply, but why would I have to reapply when I’ve already done it and I’ve already waited almost a month?” Benedict said.

Doreen Cindrich, her husband and son all lost their tourism jobs and are still having problems with the site.

“I did try to log on and it just completely kicks me back,” Cindrich said. “I can’t get past the logon page… Every day you get up and say, ‘Will this be the day we get some money so we can pay for food and pay for rent?’”

The governor said he will have another update on the state's unemployment website soon.