The U.S. Air Force Thunderbirds performed a flyover at Walt Disney World on Thursday in honor of fallen warriors and their families.

LAKE MARY, Fla. - Guests at Walt Disney World Resort got an extra dose of magic on Thursday when the U.S. Air Force Thunderbirds performed a flyover at Epcot.

The elite group of pilots were honoring past and present service members and our nation's fallen in recognition of National Veterans and Military Families Month. Video of the flyover will be presented to families by the Gary Sinise Foundation’s virtual Snowball Express conference. 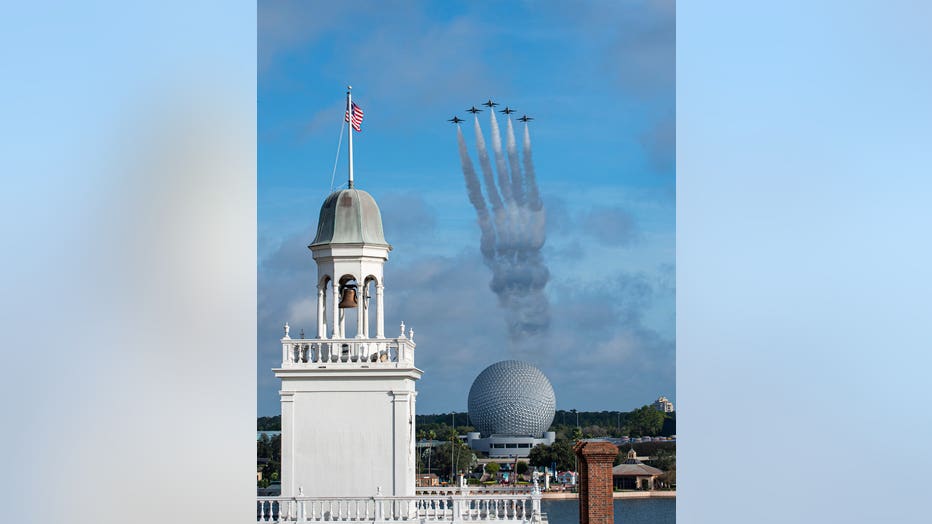 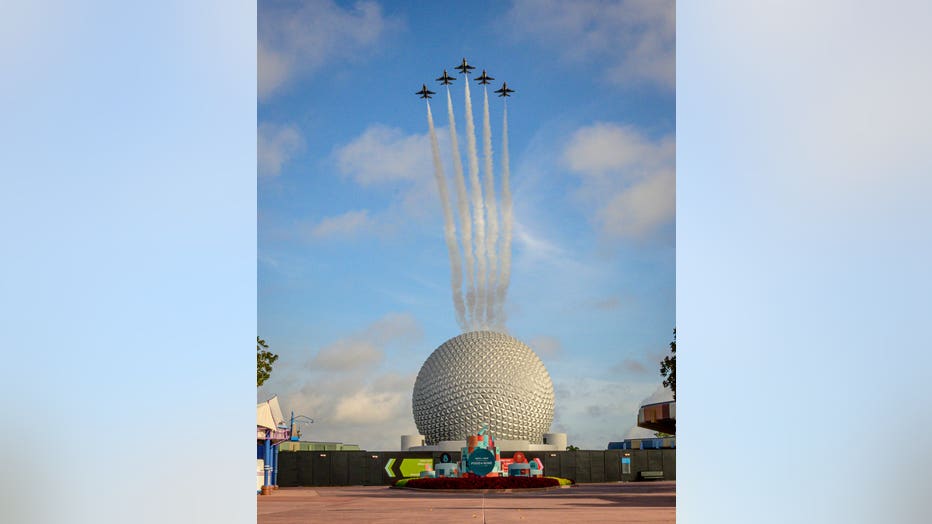 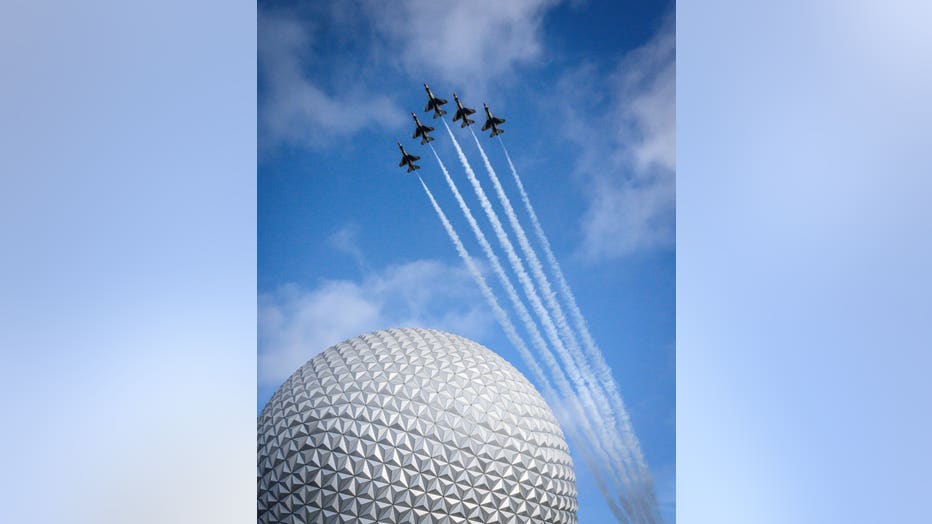 The Thunderbirds are also performing at the Lockheed Martin Space and Air Show on Saturday.  The event will be held at the Orlando Sanford International Airport, in Seminole County. The show will be headlined by air demonstration squadron and it will also feature numerous Lockheed Martin air, ground and space assets.

Ticket purchases and more information can be found at the Lockheed Martin Space and Air Show website.

Thunderbirds arrive ahead of air show

The elite group of U.S. Air Force pilot known as The Thunderbirds has arrived for the Lockheed Martin Space and Air Show at Orlando Sanford International Airport.