Zookeepers at Zoo Miami watched a giraffe calf take its first steps, moments after being born.

Zookeepers said the baby boy weighed 181 pounds and is the 54th giraffe born at the zoo. 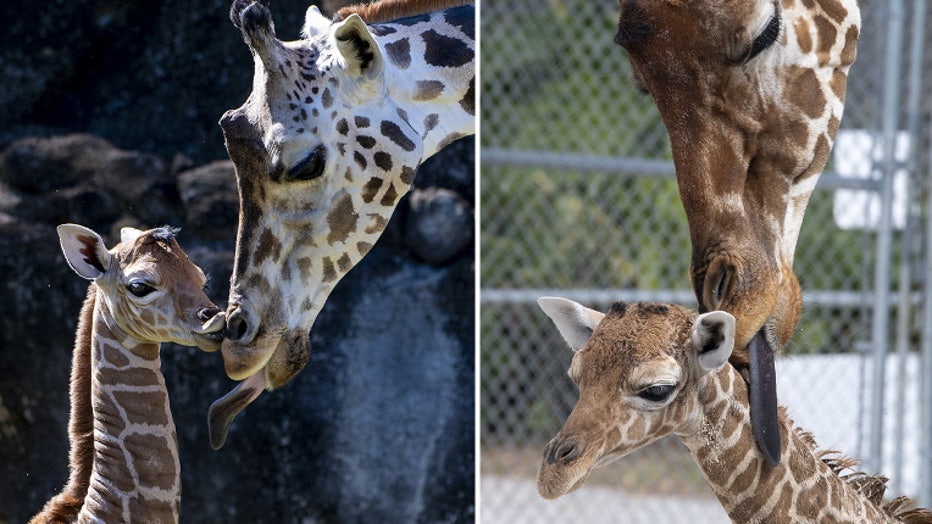 While that calf was making his exhibit debut on Monday, another newcomer was being born behind the scenes. Six-year-old Zuri gave birth to a 119-pound baby girl. Malcolm is also the father of this calf.

Giraffe pregnancies usually last about 15 months and the mother rarely, if ever, lies down while giving birth, zookeepers said. 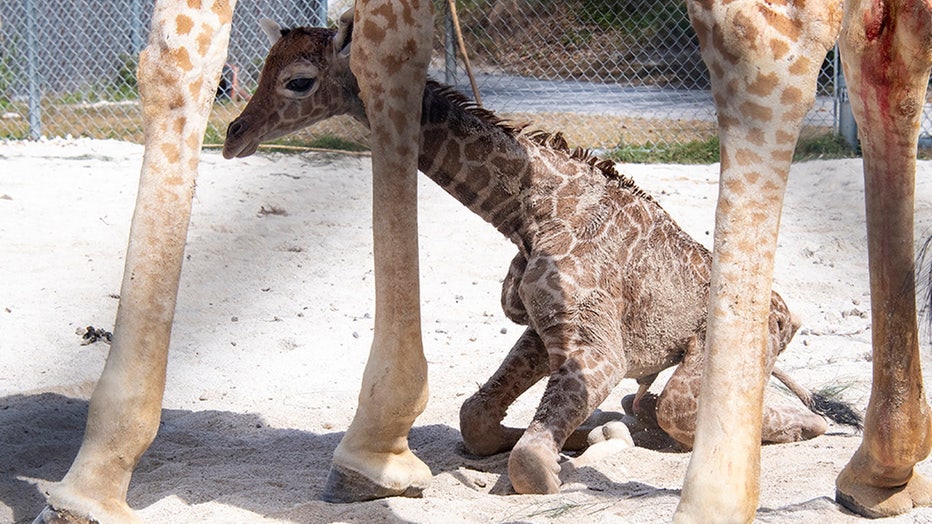 "The baby falls about 4-6 feet to the floor where it receives quite an abrupt introduction to the world!" Zoo Miami's Ron Magill said. "Newborns stand nearly 6 feet tall at birth."

Giraffes in the wild have recently been elevated from a "species of least concern" to "vulnerable" by the International Union for the Conservation of Nature due to significant reductions in their populations over the last several years, the zoo said. 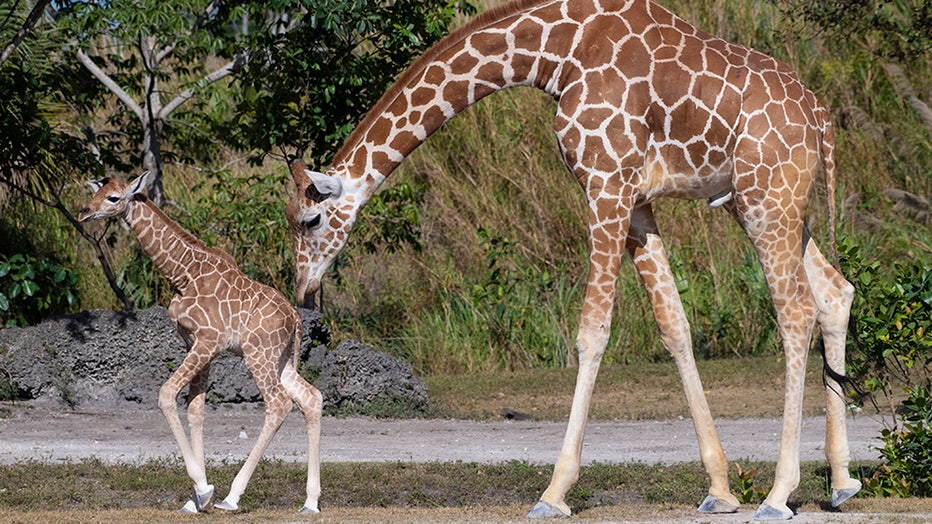