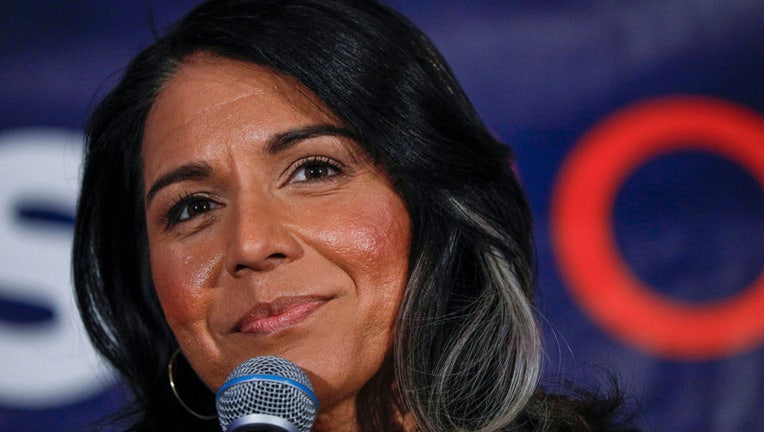 Former Hawaii congresswoman and 2020 presidential candidate Tulsi Gabbard announced on Tuesday that she is leaving the Democratic Party.

In a video she shared on her official Twitter account, Gabbard cited the reason she was leaving the Democratic Party was because it was "now under the complete control of an elitist cabal of warmongers."

"I can no longer remain in today’s Democratic Party that is now under the complete control of an elitist cabal of warmongers driven by cowardly wokeness, who divide us by racializing every issue & stoke anti-white racism, actively work to undermine our God-given freedoms, are hostile to people of faith & spirituality, demonize the police & protect criminals at the expense of law-abiding Americans, believe in open borders, weaponize the national security state to go after political opponents, and above all, dragging us ever closer to nuclear war," she wrote.

She went on to write that the Democratic Party was heading in a direction she could no longer stomach and called upon her "fellow common sense independent-minded Democrats" to join her departure.

Gabbard's announcement served as the inaugural episode of "The Tulsi Gabbard Show," a podcast she is now running.

Gabbard has grown increasingly estranged from the Democratic establishment since her failed presidential candidacy. She has also become a vocal critic of President Joe Biden, denouncing him for "pouring fuel on the flames" of division in the country.

In February 2022, Gabbard appeared at the Conservative Political Action Committee (CPAC), one of the largest conservative conferences in the country and over the weekend she criticized the Biden administration, claiming it did not care about the American people.

"Permanent Washington loots us to serve the interests of the arms-manufacturing global oligarchy while we struggle to pay for rent, gas and groceries and our soldiers go on food stamps," she wrote.

Gabbard has not said whether she would be switching to another political party.