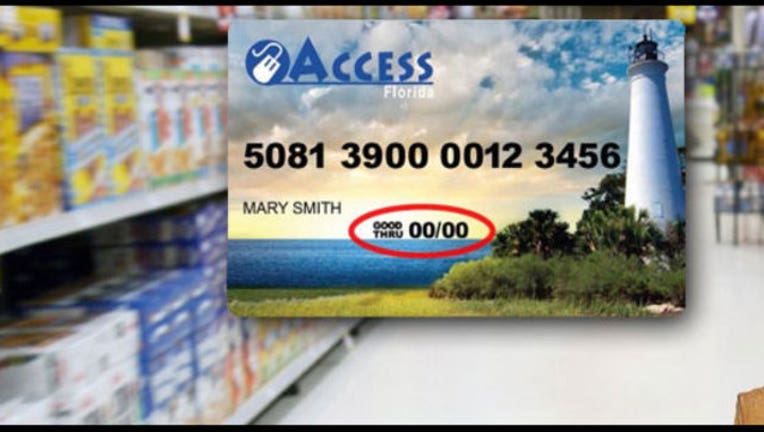 WASHINGTON (AP) - President Donald Trump's proposal to slash food stamps by a third will be a hard sell in Congress, even as Republicans have tried repeatedly to scale back the program's $70 billion annual cost.

Democrats will oppose any changes to the program, which is designed as a temporary safety net for Americans who find themselves unable to adequately feed themselves or their families.

Many Republicans, too, have been wary to overhaul food stamps, even as participation has more than doubled. Trump's proposal could have a disproportionate effect on Republican-leaning states - seven of the 10 states with the highest food stamp participation supported Trump.

Republicans are still eying cuts to the program, but none as large as what Trump has proposed.

WHAT TRUMP IS PROPOSING

Known as the Supplemental Nutrition Assistance Program, or SNAP, the program now serves 44 million people and cost $70 billion last year. The program more than doubled in cost during the recession, and after some eligibility rules were expanded. The cost has stayed higher even as the economy has recovered, though it has slowly decreased annually.

Trump's proposed budget would save $191 billion over 10 years by shifting some of the cost to states, targeting the benefits to the poorest people, increasing work requirements and limiting some eligibility. It would also allow states to determine the level of SNAP benefits they provide.

States now administer SNAP with federal money, but would have to come up with an average of 10 percent of the cost by 2020 and 25 percent by 2023. Mick Mulvaney, Trump's budget director, said shifting costs to states would give them "a little bit of skin the game" and incentivize them to improve the programs.

WHY IT'S A LONG SHOT

Congress is unlikely to approve such deep cuts in the program, since it affects constituents so broadly. And farm-state lawmakers who have jurisdiction over SNAP have generally sought to preserve it, as food stamps help them win urban Democratic votes for the massive farm bill that Congress passes every five years or so.

"It's important to note, #SNAP plays a crucial role in protecting our most vulnerable citizens who've fallen on tough times," tweeted House Agriculture Chairman Mike Conaway, R-Texas, after the budget was released.

Still, Conaway and Senate Agriculture Chairman Pat Roberts, R-Kan., have indicated they will support some sort of SNAP overhaul in the next farm bill, due next year.

"We need to take a look at our nutrition assistance programs to ensure that they are helping the most vulnerable in our society," Conaway and Roberts said in a joint statement on the budget.

It won't be easy. The bill would need 60 votes in the Senate, and Democrats have strongly opposed any changes to the program. Republican leaders insisted on food stamp cuts in the 2014 farm bill, and the House passed legislation that would have strengthened work requirements and cut 5 percent. After negotiations with the Senate, the cut was reduced to an almost-negligible 1 percent that only affected a handful of states.

Similarly, in the mid-1990s, some in the GOP pushed for a major food stamp overhaul as part of welfare reform, and some work requirements were added. But the program stayed largely intact.

WHO THE CUTS WOULD AFFECT

While a majority of SNAP recipients are in urban areas, there has been an increase in rural areas. Of the 10 states that have the most food stamp recipients, seven went Republican in the 2016 presidential election - Florida, Georgia, Michigan, North Carolina, Ohio, Pennsylvania and Texas. In a list compiled by the liberal-leaning Center on Budget and Policy Priorities, three states among those that have the highest percentage of recipients are strongly Republican - Louisiana, Mississippi and West Virginia.

One of Trump's proposals would limit government waivers that have allowed able-bodied adults who don't have dependents to receive food stamps indefinitely without finding work. The Trump administration says this would help move people off the rolls.

"If you're on food stamps, and you're able-bodied, we need you to go to work," Mulvaney said.

Lucy Melcher of the anti-hunger group Share Our Strength says some people aren't able to find work in their areas, and have no access to job training. She says the cuts could be "devastating."

The proposed cuts would "just exacerbate poverty for people who are already trying to work their way out of it," Melcher said. "I don't think there's a person living in poverty today who wouldn't be affected by this budget."