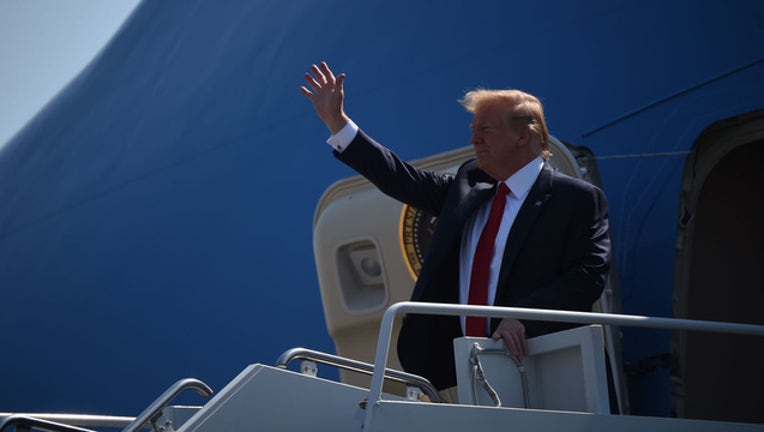 Speaking to reporters at he left the White House on Tuesday, Trump claimed the building had been flooded with letters, emails and phone calls thanking him for "getting involved."

"Those people are living in hell in Baltimore," the Republican president said. "They really appreciate what I'm doing, and they've let me know it."

The White House did not immediately provide any evidence backing up Trump's claims.

Trump's comments came in response to fierce backlash against his earlier remarks lashing out at Cummings, the chairman of the House Oversight Committee, and calling his district a "disgusting, rat and rodent infested mess." Trump also is under fire for his ongoing attacks on four Democratic congresswomen of color, whom he tweeted should "go back" to their countries - even though three of the four were born in the United States and they're all U.S. citizens.

But Trump on Tuesday nonetheless declared himself "the least racist person" in the world, despite his recent comments and racist tweets. And he said that "African American people love the job" he's doing, despite the fact that numerous polls have shown African Americans are overwhelmingly negative in their assessments of his performance.

According to Gallup polling, approval among black Americans has hovered around 10 percent over the course of Trump's presidency, with 8 percent approving in June.