Truck’s tire, axle from I-4 crash into car at Eatonville car dealership

A Mini Cooper dealership sales manager says the side of a car was crushed by a truck’s tire and axle off of Interstate 4.

EATONVILLE, Fla. - A Mini Cooper dealership sales manager says the side of a car was crushed by a truck’s tire and axle off of Interstate 4.

The sales manager says it was around 10:30 a.m. when they heard a loud bang outside the Eatonville dealership.

When they walked around the lot, they discovered the side of a car smashed to pieces.

Glass was shattered everywhere and a side mirror was on the ground.

Luckily, no one was injured. 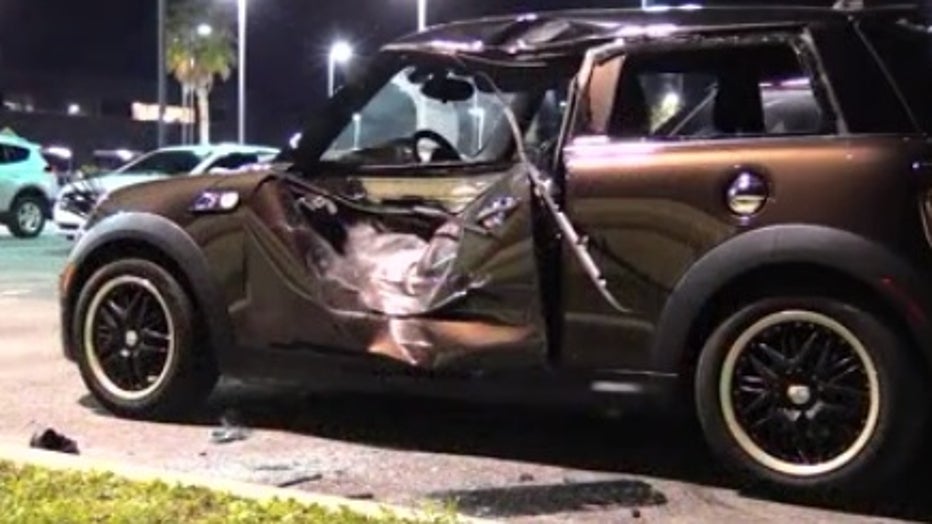 Workers are relieved no one was standing nearby when the tire and axle came crashing into the car.

The manager says ever since the I-4 Ultimate construction moved the ramp closer to the dealership, he’s been concerned about their safety and other debris coming off the highway.

FOX 35 News contacted the Florida Department of Transportation about the issue and is waiting to hear back.

They’re not sure whose truck the flying debris came from.