There is an already historic shortage of truck drivers which have disrupted production and commerce and now, this.

FOX 2 - There is a shortage of truck drivers as it is, and one organization is calling on the Biden administration and Prime Minister Justin Trudeau for exemptions for them to cross the border.

"I can tell you all of them right now are scrambling to find enough drivers especially drivers who can cross the border into Canada," said Chuck Lippstreu.

Lippstreu is the president of the Michigan Agri-Business Association, representing several trucking companies that haul agriculture. He says the impact at the Canadian border, our number one customer, is already being felt.

"More than 70 percent of freight in the United States spends time on a truck," he said. "That truck needs to have a driver. Right now we don’t have enough drivers and in fact, we are more than 80,000 drivers short.

"It is a crisis on top of crisis, and it is something that needs to be addressed."

Lippstreu is referring to the already historic shortage of truck drivers which has already disrupted production and commerce.

Now with an estimated additional 30 to 50 percent of unvaccinated truck drivers who are unable to cross the border, the situation has become dire.

"They are not anti-vaccine, they are not anti-safety, they spend 90 percent of their time in their cabs," said Mickey Blashfield. "And this seems to be the line in the sand."

Blashfield, the former head of the Michigan Trucking Association, has 30 years of experience with border transportation. 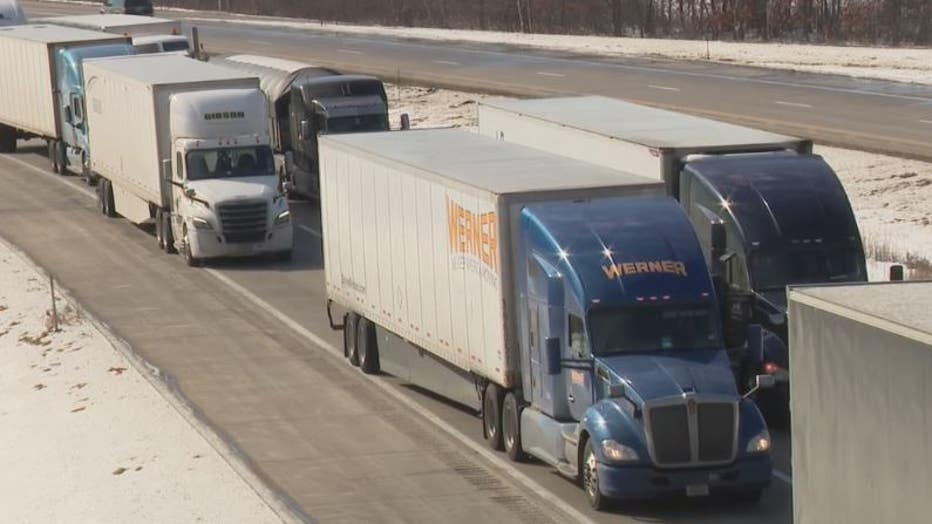 He says with the way we depend on our southeastern region borders for production and commerce, it's in the government's best interest to lift the vaccine requirement for truck drivers.

"The borders have become invisible, we have grown with great efficiency," Blashfield said. "A product may go back and forth across the border seven or eight times before it is assembled in a finished vehicle and then can be sold on either side of the border."

Because of the part shortages, on Wednesday GM canceled a production shift at Lansing's Delta Plant.

Ford sent out a statement saying the automaker already reduced production at one Canadian plant and was forced to shut down the Windsor Engine Plant.

Both automakers were already hurt by the global chip shortage and Covid, hoping the issue is resolved quickly.

"It is a long-lasting concern and the impact is going to grow unless the Biden administration and the government in Canada take action - which they could do - to provide common-sense exemptions," said Lippstreu. 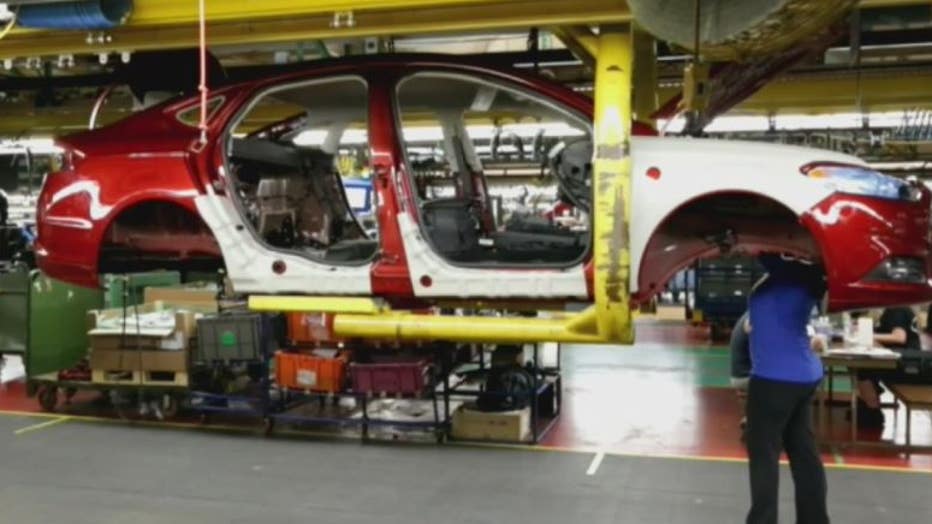