With two named storms spinning in the Atlantic – Hurricane Fiona and Tropical Storm Gaston – Floridians should be mindful of a tropical wave that was producing showers and thunderstorms Wednesday afternoon near the southern Windward Islands.

LAKE MARY, Fla. - With two named storms spinning in the Atlantic – Hurricane Fiona and Tropical Storm Gaston – Floridians should be mindful of a tropical wave that was producing showers and thunderstorms Wednesday afternoon near the southern Windward Islands.

The tropical wave, identified by the National Hurricane Center as Invest-98L, has a 90% chance of developing into a named storm over the next five days. It was moving west-northwest toward the central Caribbean Sea, where warmer water will likely set up conditions for this system to become better organized. 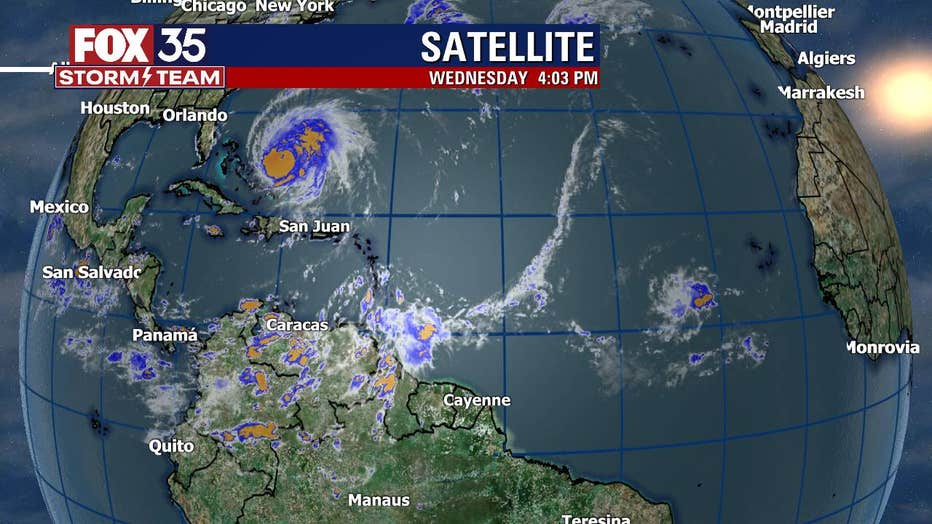 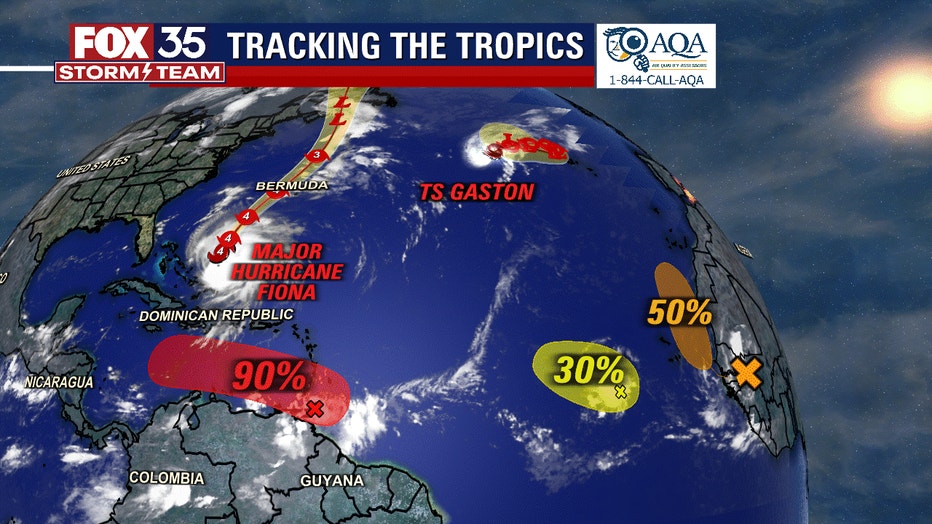 "Our exclusive FOX Model forecasting this becomes a hurricane, south of Jamaica, as soon as early Sunday morning," said FOX 35 Meteorologist Brooks Garner. "The American (GFS) Model and European Models are in agreement that something will form, but they're not in agreement on where it goes and how strong it will be." 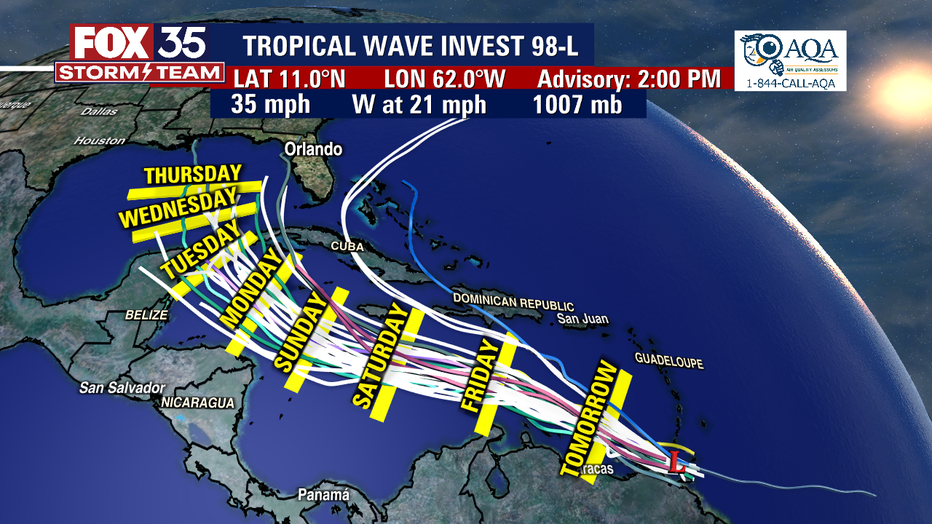 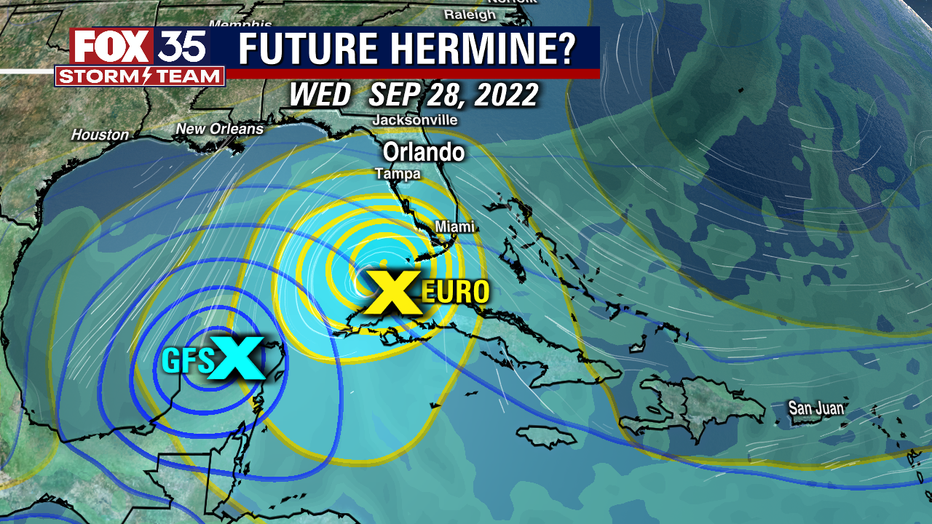 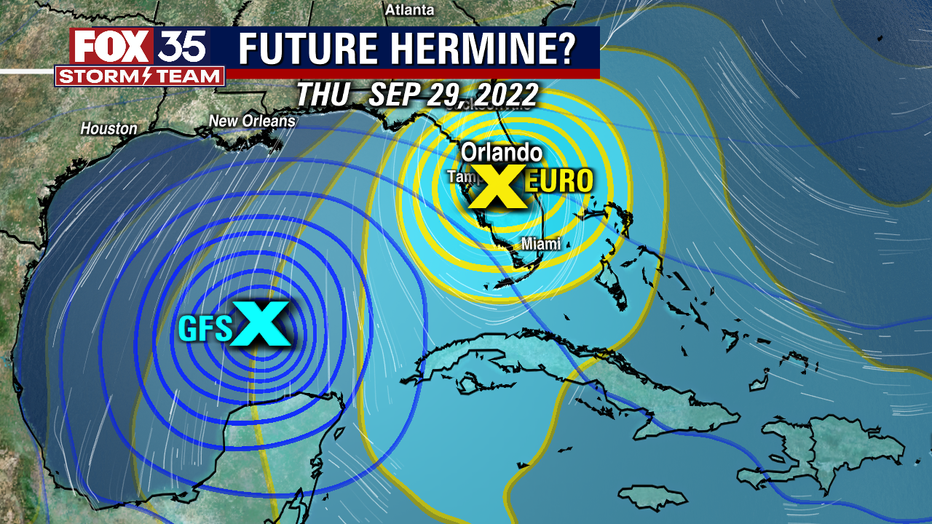 "Regardless of development, heavy rainfall is forecast to affect northwestern Venezuela, northeastern Colombia, and the ABC island chain later this week," according to the National Hurricane Center in Miami, referring to Aruba, Bonaire, and Curaçao. Hurricane Fiona in recent days caused massive flooding and power outages in Puerto Rico and was forecast to move near Bermuda late Thursday. Tropical Storm Gaston also is in the Atlantic. The next name on the Atlantic storm list is Hermine.

As of late Wednesday, showers and thunderstorms associated with Invest-98L changed little in organization since earlier in the morning.  Environmental conditions are forecast to become more conducive for development, and a tropical depression is likely to form within the next couple of days.  The disturbance is forecast to move west-northwestward across the Eastern Caribbean Sea during the next day or two, and be over the Central Caribbean Sea this weekend.