ORLANDO, Fla. - Danielle has weakened to a tropical storm after strengthening into a hurricane on Friday. The National Hurricane Center is also now tracking Tropical Storm Earl in the Atlantic.

Tropical Storm Earl has formed in the Atlantic Ocean, east of the Northern Leeward Islands.  A turn toward the northwest with an additional decrease inforward speed is expected Sunday through Monday. 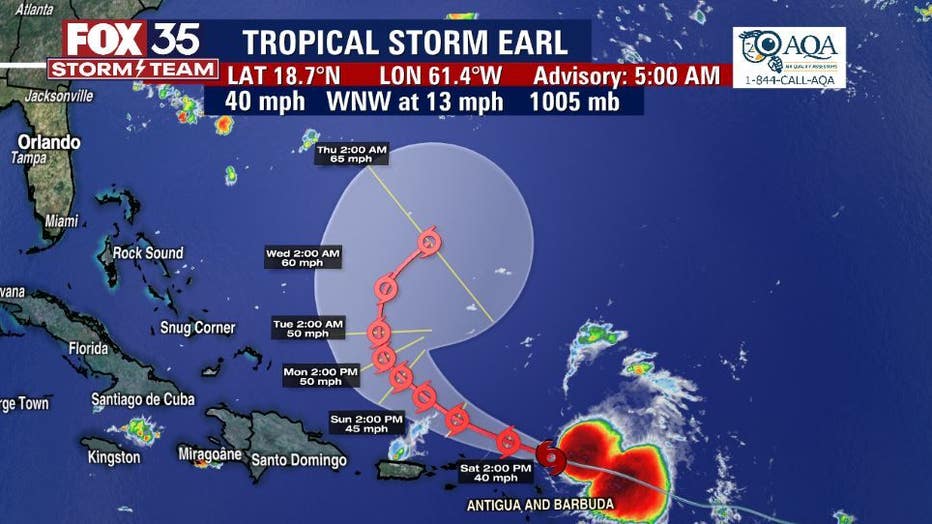 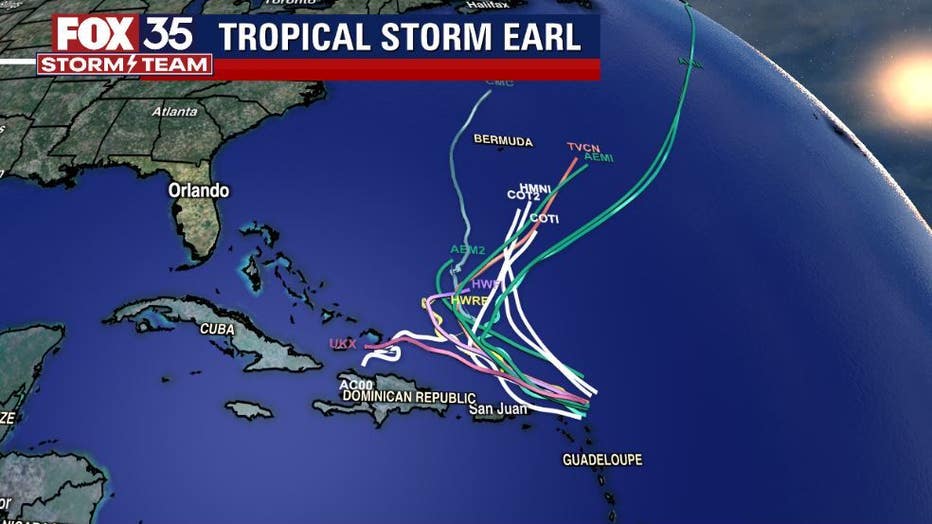 On the forecasttrack, the center of Earl is expected to pass near or north of thenorthern Leeward Islands on Saturday, and north of the Virgin Islands and Puerto Rico tonight and Sunday. Slow strengthening is possible during the next few of days.

Tropical Storm Danielle is nearly stationary and a westward drift is expected Saturday and Sunday, followed by a northward drift on Monday. Maximum sustained winds have decreased to near 70 mph with higher gusts.  Little change in strength is expected on Saturday. Some slight strengthening is expected tonight through Monday, and Danielle could regain hurricane strength on Sunday. 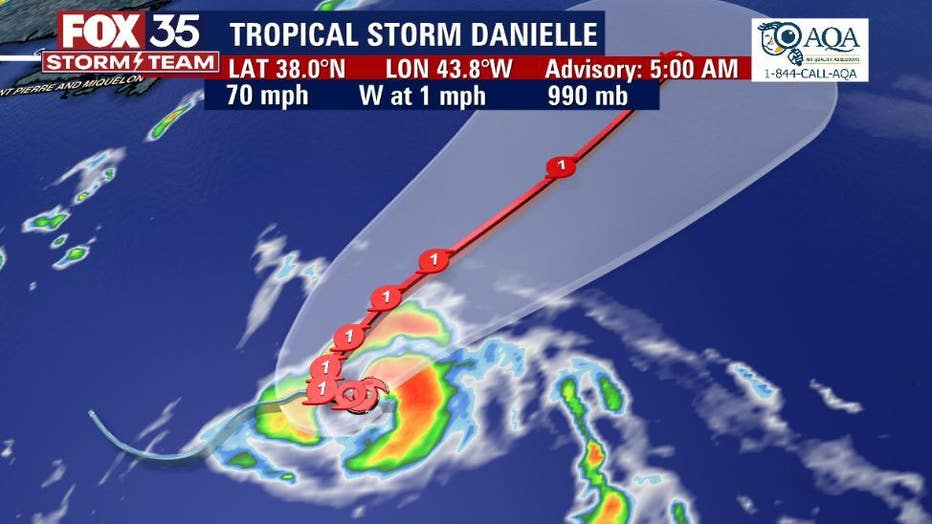 On Friday, Danielle developed into the first named hurricane of the 2022 season.

The track the tropics, be sure to have the FOX 35 Storm Team Weather App downloaded to get weather updates.

Remember to stay alert as we approach the peak of the hurricane season On September 10th.