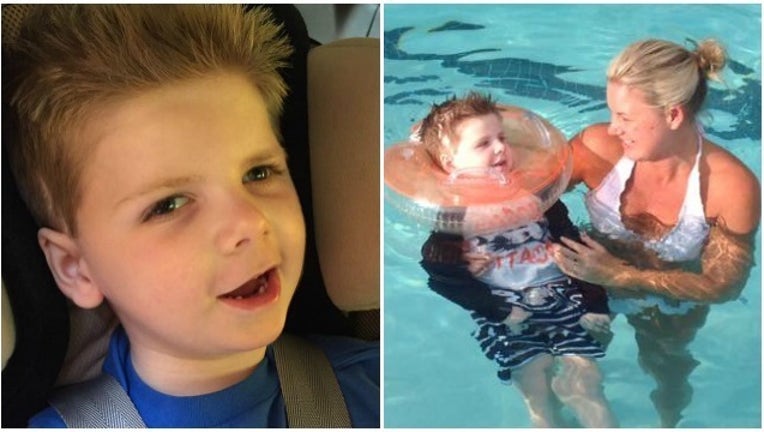 Tripp Halstead is scheduled to undergo spine surgery on Thursday.

Ahead of surgery, the 5-year-old has been enjoying some fun in the sun with his mother, Stacy Halstead, who shared a new video of Tripp swimming on Tuesday.

"He was so happy!" Halstead said. "He just seems so much more aware lately."

Halstead said on Facebook she was taking her son to a pre-op appointment Wednesday morning and then hoped to take him to the pool in the afternoon.

"Tripp just loves the water," Halstead said last week. "Hate that his surgery is going to put that on hold for a few weeks, but you do what you need to do!"

Halstead said the pool is a wonderful form of therapy for Tripp, who was critically injured in October 2012 when a tree limb fell on him outside his day care center. He suffered severe brain injuries in the accident.

"The tree only landed on his head, but it crushed his little brain which controls everything in his body," Halstead previously said. "The injury caused all these other issues. So we are slowly tackling all the damaged parts trying to put him back together again."