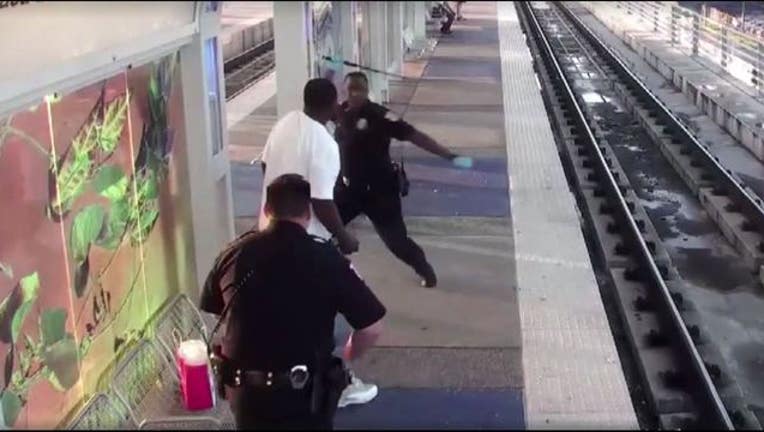 HOUSTON (AP) — A Houston transit police officer has resigned after the release of a surveillance video that shows him beating a man he found slumped on a seat on a rail platform.

Giles was arrested on charges of trespassing and resisting arrest, but the charges were later dropped. Giles' attorney says he was struck more than a dozen times.

Prosecutors will review the incident.