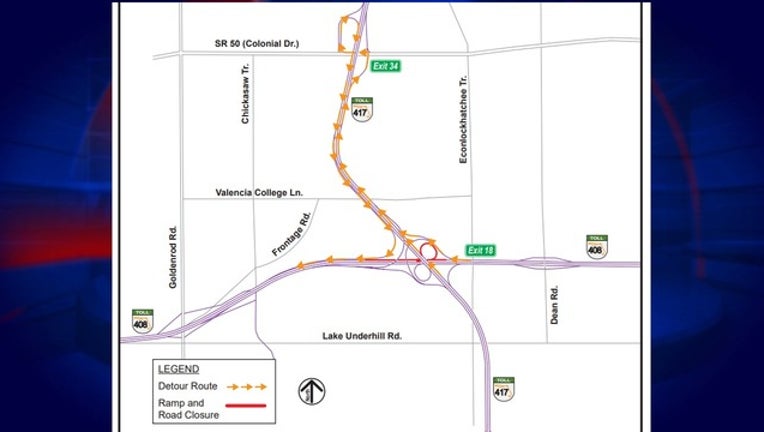 ORLANDO, Fla. (FOX 35 WOFL) - The Central Florida Expressway Authority says that the flow of traffic will be affected on S.R. 408 and S.R. 417 on Tuesday and Wednesday morning.