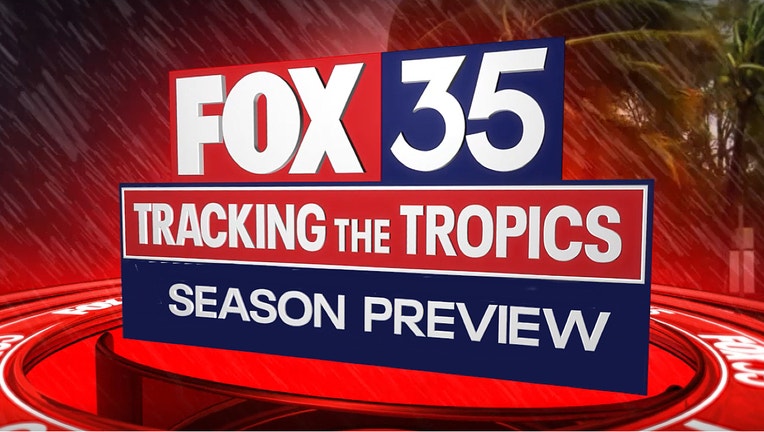 ORLANDO, Fla. - The 2022 Atlantic hurricane season is less than two months away, and early outlooks are predicting yet another active season.

Hurricane Season 2022: How are storm predictions made?

The 2022 Atlantic hurricane season is less than two months away, and early outlooks predict yet another active season with 19 named storms, nine of which could become hurricanes.

Hurricane Season 2022: What are the main threats from a hurricane?

Most hurricanes lose steam once they make landfall but coastal and inland damage can be extensive. Apart from the initial wind damage from a hurricane, the storms can also produce tornadoes and bring extensive flooding.

Hurricane Season 2022: Depend on FOX 35 to stay ahead of the storm

In the FOX 35 Storm Center, we have a number of tools to help with tracking storms and modeling their intensity and potential for future development.

Hurricane Season 2022: Do you know your safe place?

When a storm approaches or a tornado warning is issued, it's important to know the safest place in your home.

You might be wondering what names will be used for any tropical storms and hurricanes that develop in the months ahead.

The graphic below shows the complete list of names selected by a committee of the World Meteorological Organization for the 2022 Atlantic hurricane season. 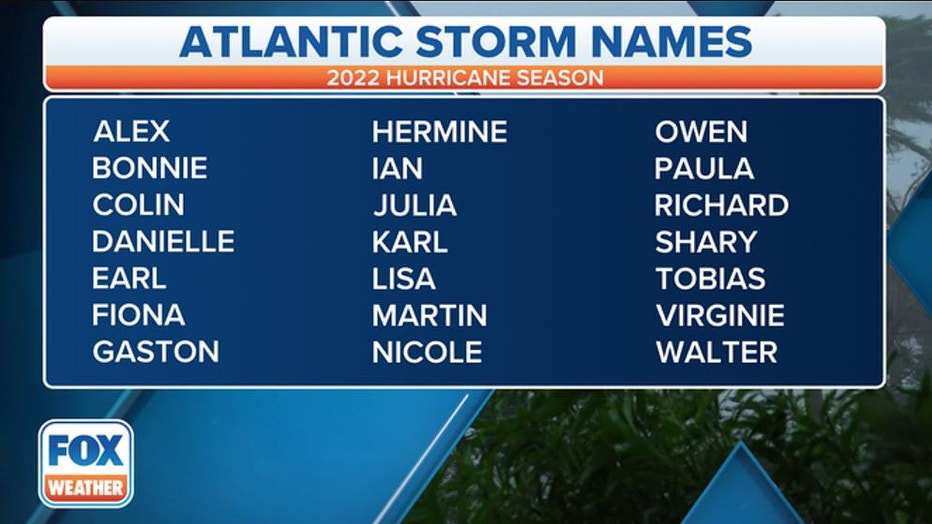 The NHC assigns a name to any tropical cyclone that becomes a tropical storm (39-plus-mph winds) or hurricane (74-plus-mph winds). The NHC goes through the list in alphabetical order, so the first tropical storm or hurricane receives the "A" name (Alex) and the 21st such storm receives the "W" name (Walter).  As of 2021, any additional storms now receive a name from a new supplemental list created by the WMO. 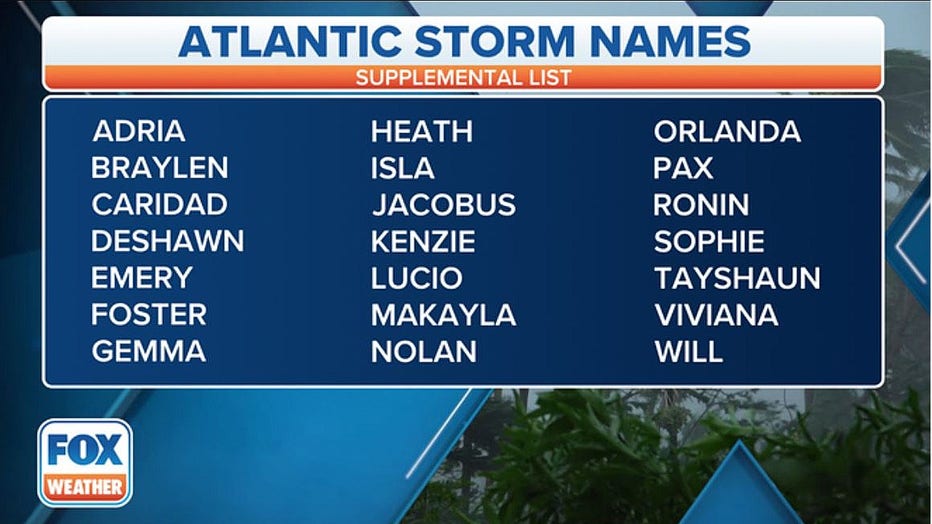 Hurricane season begins June 1. You can stay informed and ahead of the storm by downloading the FOX 35 Storm Team Weather App.