There were people packed along the Space Coast to watch Friday's historic launch of the first all-private mission to the International Space Station.

TITUSVILLE, Fla. - As the Axiom rocket climbed into the sky, Chris Van Buiten felt a special rush of pride. His father was an engineer on NASA’s Gemini program.

"Amazing to this point to see civilians going," he said, "and having it almost become routine."

Van Buiten, who’d traveled to Titusville from Connecticut, was one of hundreds who lined up on Titusville’s Max Brewer Bridge to watch the historic launch. Dutch native Franklin Landskroon was there with his family for the out-of-this-world experience.

Even a pod of dolphins showed-up in the waters of the Indian River just before the launch, as if they, too, wanted to see history-in-the-making. For some people there, it was their first rocket launch, for others, it was one of many. All of them agreed, though, it's been amazing to see America's progress in space. 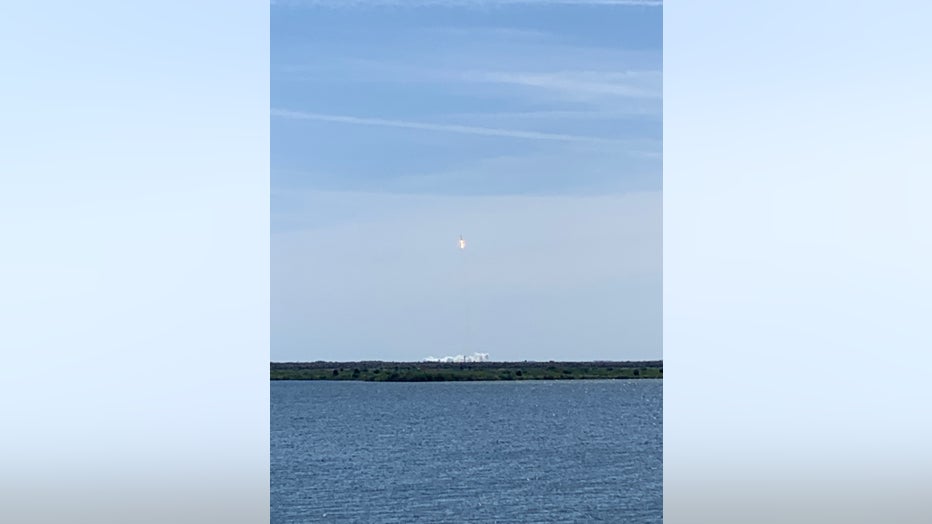 "They always say there's nothing like seeing it in-person," said James Veitz, who was visiting with his family from Tacoma, WA, "you can watch it on TV and see all the movies you want, but seeing it in person, and feel the vibrations, it's just going to be amazing."

Observers say the historic flight means more great things could be in store for the Space Coast. "Back in the day, maybe the space shuttles were fairly frequent, but then there was a span of nothing happening," said Bill Yoerger, who was visiting from Indiana, "now it's happening all the time which is great for space, great for the industry, and great for the community."

The first private civilian crew made history on Friday, hitching a ride to the International Space Station on SpaceX's Axiom-1 mission.