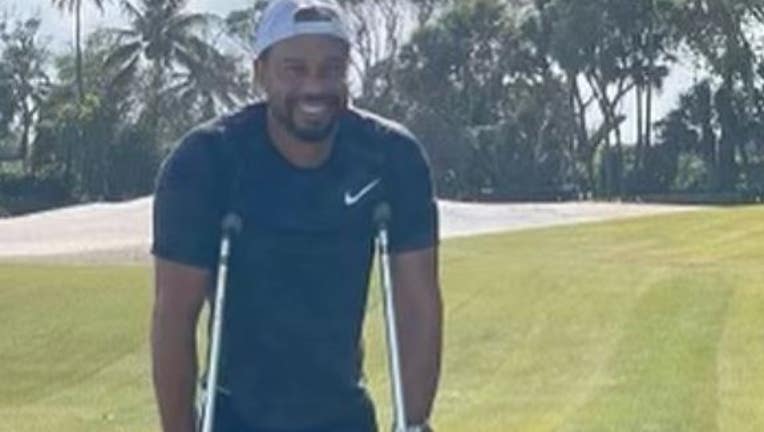 ORLANDO, Fla. - The world is getting a first look at Tiger Woods following his Southern California crash earlier this year.

The golfing great posted a photo of himself and his dog on Instagram.

The photo caption read, "My course is coming along faster than I am 😃. But it’s nice to have a faithful rehab partner, man’s best friend."

Woods, 45, suffered "multiple leg injuries" after being involved in the single-vehicle roll-over collision in February.

The Instagram photo is the first update Woods has given since March when he announced that he was returning to South Florida.

According to a police report from the accident, investigators said Wood was speeding when his SUV clipped a tree and the vehicle rolled over several times.

Investigators said in the report that Woods did not hit the brakes.