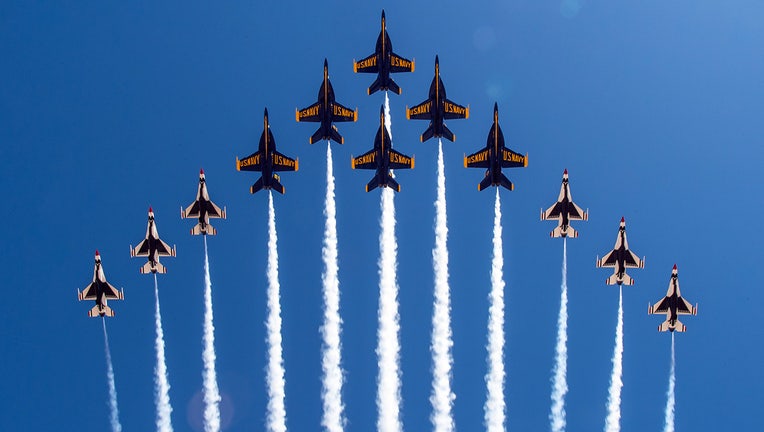 The COVID-19 pandemic has canceled airshows around the country, but that doesn’t mean that the military’s precision flying teams have been grounded. Now they’re debuting a dramatic new aerial display.

The U.S. Air Force Thunderbirds and U.S. Navy Blue Angels each flew ‘salute’ flyovers over big cities last year to thank medical first responders amidst the growing pandemic. Some of those flyovers included joint appearances between the friendly rivals, which ultimately led to a new formation.

Yesterday, for the first time, the teams performed a new ‘Super Delta’ formation, featuring six aircraft from each team. Six of the Blue Angels’ F/A-18 Superhornets were flanked on either side by three of the Thunderbirds’ F-16 Fighting Falcons over Naval Air Facility El Centro in California.

"The formation grew out of a series of joint training opportunities held in 2020 and 2021, and serves as a symbol of the teamwork, discipline, and skill of the men and women of our United States military forces deployed around the globe," the Thunderbirds explained via Twitter. 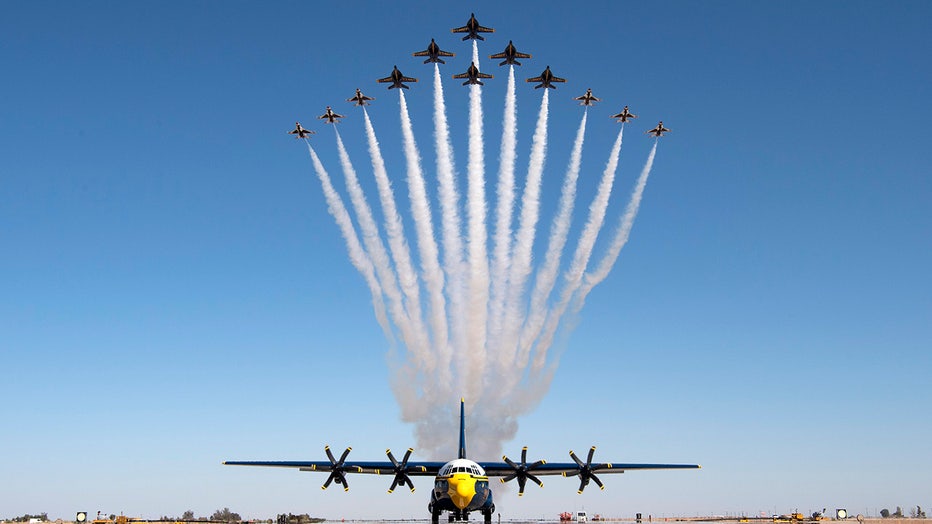 Such a formation includes 18 jet engines screaming through the sky, but for now, aviation enthusiasts will have to imagine what that sounds like.

The military only released two photos of the dramatic scene Tuesday, promising a full show during a nationwide broadcast this Memorial Day, "honoring those who have served and sacrificed before us."

The Blue Angels are next scheduled to appear at the Sun 'n Fun Fly-In in Lakeland, Florida on April 17-18. The Thunderbirds will be at the Cocoa Beach Air Show that same weekend.

This story was reported from Tampa, Fla.