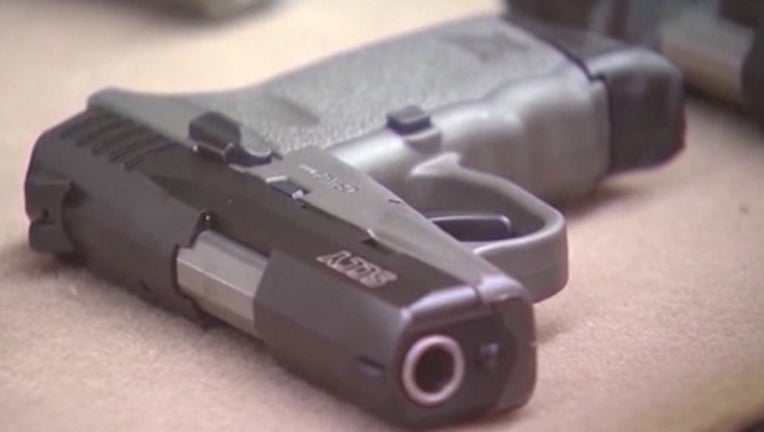 OCALA, Fla. (FOX 35 ORLANDO) - Ocala police and the U.S. Bureau of Alcohol, Tobacco and Firearms are investigating gun thefts at an Ocala store.

The burglary happened at a Rural King store on Blitchton Road.

According to ATF, 10 firearms were stolen.

Craig Kailimai, special agent in charge at ATF in Tampa, says the three suspects entered the store while employees were inside.

“They had plastic on at one point, so they could conceal as much of themselves as possible,” he said.

This is the latest gun heist of several in Central Florida.

Over the last two weeks, 55 guns were stolen from stores in Orange and Seminole Counties.

This included burglaries at Oak Ridge Range, Godfather Pawn and The Armories in Oviedo.

“At this time, we don’t see any similarities to the burglaries that were going on in Orange County and Seminole County, but certainly we’re looking closer at the videos and comparing all aspects of each burglary,” Kailimai said.

ATF asks for residents in surrounding communities to be on the lookout for people selling guns who previously did not have access to guns before.

Anyone with any information is asked to call 1-888-ATF-TIPS.