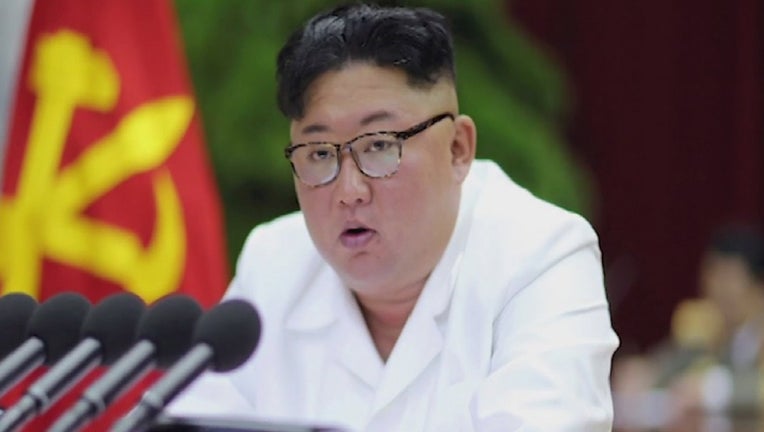 The North Korean leader missed a high-profile public appearance earlier this month -- and then murky, unverified reports emerged about his health.

On Tuesday, North Korea’s leader was reportedly recovering from a cardiovascular procedure, according to South Korean media.

But specific details about his condition are unclear and unverified -- and North Korea is well-known for suppressing and distorting news inside its borders.

On April 15, Kim was conspicuously absent from a celebration of the country’s most important holiday the “Day of the Sun," which marks the birthday of his grandfather Kim Il Sung, the founder and first dictator of Communist North Korea.

The Daily NK, an online news periodical based in Seoul and run mostly by North Korean defectors, reported that Kim was recovering from surgery, which happened on April 12, at a coastal resort.

He’d been in poor health due to heavy smoking, overworking and obesity, according to the outlet.

Fox News' Tucker Carlson -- who witnessed President Trump become the first sitting U.S. president to enter North Korea and shake hands with Kim in the Demilitarized Zone (DMZ) over the summer -- described Kim as “wheezing like an emphysema patient, not a healthy guy.”

Despite a growing number of claims about the surgery's aftermath from overseas, U.S. authorities and media outlets have not yet been able to independently verify Kim’s condition.

President Trump weighed in on the issue after CNN reported Tuesday that U.S. officials were monitoring intelligence that Kim was “in grave danger” following the procedure.

"Well, these are reports that came out, and we don't know. We don't know," Trump told Fox News’ Bret Baier. "I've had a very good relationship with him. I wouldn't -- you know, I can only say this -- I wish him well. Because if he is in the kind of condition that the reports say... that's a very serious condition.”

On Thursday, the president said he thought the report on Kim’s poor health was “incorrect.”

But Reuters reported Friday that China had dispatched a team that included medical experts to North Korea in the wake of the conflicting reports over Kim's health.

Then on Saturday, a Japanese magazine published an unverified report that claimed complications from the surgery left Kim in a “vegetative state." On the same day, a Hong Kong network made another unverified claim that the dictator had died, the New York Post reported.

U.S. officials told Fox News Saturday that they had not yet seen definitive intelligence suggesting the dictator was dead.

Sources said the White House is monitoring the situation carefully.