The glamorous purple Lemur on 'The Masked Singer' leaped out of the competition after her reveal on Wednesday.

LOS ANGELES - With sparkling legs that go on for miles and rhinestone embellishments, who else but supermodel Christie Brinkley could have donned the glamorous purple Lemur costume during Wednesday night’s "The Masked Singer" reveal?

"I’m sorry that we don’t get to do the other numbers that we prepared because I actually learned the entire ‘The Girl From Ipanema’ in Portuguese," Brinkley said after her elimination.

"So, you’ll just have to imagine," Brinkley said with a chuckle.

After her big reveal, panelist Robin Thicke asked Brinkley about the mysterious guitar/lamp clue given during the Lemur introduction and Brinkley had to remind Thicke about her famed feature in the 1983 comedy movie "National Lampoon’s Vacation." 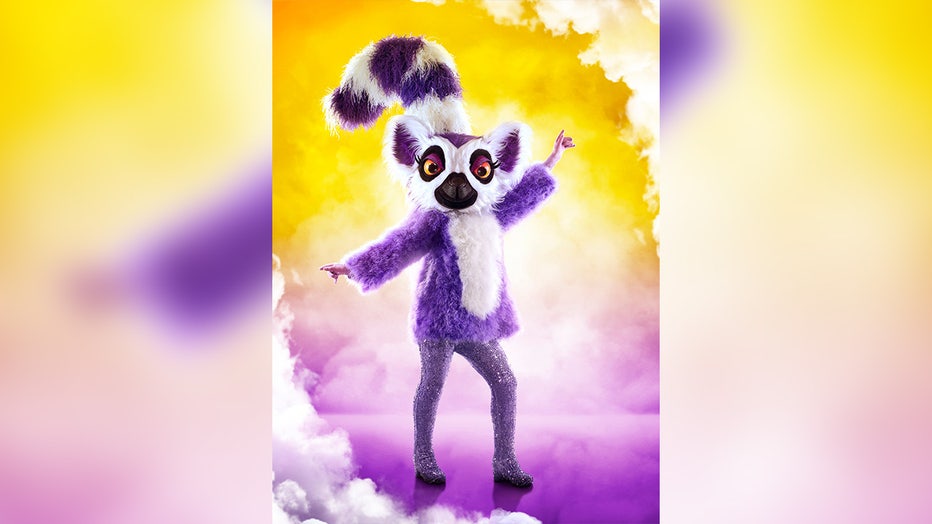 The judges guessed famed actresses such as Pamela Anderson and Goldie Hawn as the celebrities who could be underneath the purple fur, but Ken Jeong, one of the four judges on "The Masked Singer," hit the jackpot and guessed that the mystery person behind the Lemur mask was Brinkley.

The supermodel also noted the challenge of singing and dancing at the same time while wearing such an elaborate and cumbersome.

"My tail can literally tilt my entire equilibrium," Brinkley said. "But, if I made anybody laugh at home, then it was well worth it."

"I had so much fun. It’s such a creative atmosphere. Just going from one set to the other, you see someone making shoes, somebody else stitching, molding a mask, and in the distance, you hear different voices singing. So it’s quite an exciting lot to be on," Brinkley added.

Brinkley highlighted her desire to be on "The Masked Singer" because she felt everyone needed "to laugh more."

"We just need to remember what connects us all," Brinkley said. "That’s beautiful things like music and laughter."