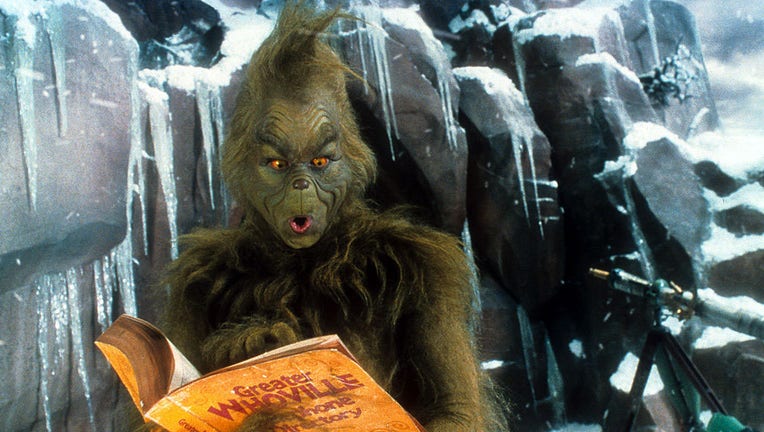 FILE - Jim Carrey looking through a phone directory in a scene from the film “How The Grinch Stole Christmas,” 2000. (Photo by Universal/Getty Images)

LOS ANGELES - While many know the Grinch as the Christmas-hating character with a heart two sizes too small, the green creature will soon be shown in a horrific new light, according to reports.

"The Mean One," a new parody of "How The Grinch Stole Christmas," will have some of the classic elements from the Dr. Seuss tale but twisted into a slasher horror film, according to the film site MovieWeb and Bloody Disgusting, a news site covering the horror genre.

The new film stars David Howard Thorton, who most recently appeared as Art the Clown in the "Terrifier" films.

"In a sleepy mountain town, Cindy has her parents murdered and her Christmas stolen by a bloodthirsty green figure in a red Santa suit - The Mean One," the film’s IMDB page reads.

"But when the ravenous, Christmas-hating creature begins to terrorize the town and threatens to ruin the holiday, she finds a new purpose - trapping and killing the monster," the movie synopsis adds.

Directed by Steven LaMorte, "The Mean One" also stars Chase Mullins, Amy Schumacher, and others, according to the IMDB page. It was written by Finn Kobler and Flip Kobler. Executive Producers are Jordan Rosner, Gato Scatena, and Zach Stampone.

XYZ Films is distributing the movie. The company did not immediately return a request for comment but shared a statement with MovieWeb.

"As a passionate fan of seasonal horror (and the Terrifier franchise), The Mean One is exactly the kind of film that lands on my personal 'nice list,'" Alex Williams, the manager of acquisitions and development at XYZ Films, told the outlet.

"The Mean One" will release everywhere for free in the U.S. on Dec. 15, 2022, according to the IMDB page and reports.

The Grinch has been adapted a number of times, including the 2000 film "How The Grinch Stole Christmas" starring Jim Carrey, and the 2018 animated movie "The Grinch" with Benedict Cumberbatch. 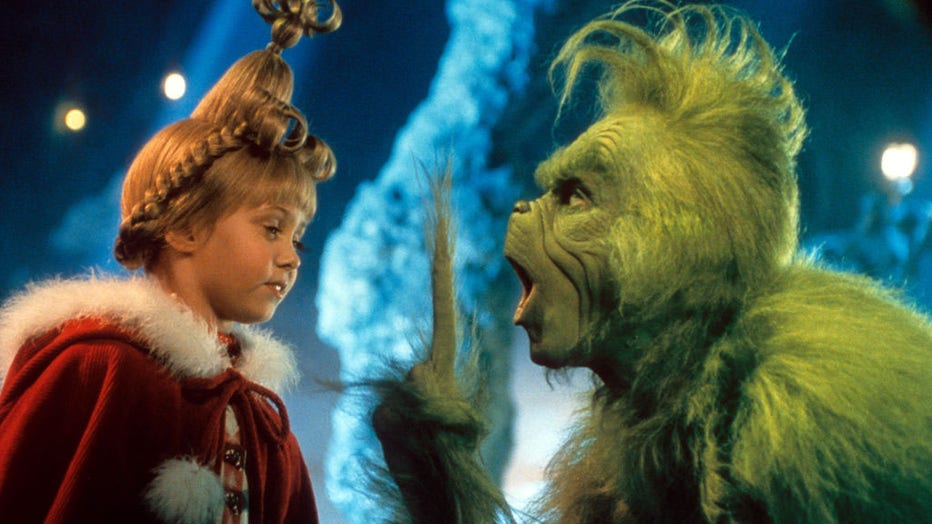 FILE IMAGE - Taylor Momsen listening to Jim Carrey in a scene from the film "How The Grinch Stole Christmas," 2000. (Photo by Universal/Getty Images)

The new slasher movie is the second this year to turn a classic children’s character into a murderer. "Winnie the Pooh: Blood and Honey," another horror film coming soon, depicts Pooh and Piglet as feral and unhinged.

In a recently-dropped trailer, the characters go on a murderous rampage after being abandoned by Christopher Robin, who went to college. The nearly two-minute trailer ends with the two creatures seemingly pouring two liquids — likely blood and honey — into a tank.

The new "Winnie the Pooh: Blood and Honey" trailer is out, and warning -- it's graphic. (Credit: Jagged Edge Productions and ITN Studios)

"They enjoy making other people suffer and, if hungry, they eat them," Rhys Frake-Waterfield, writer, producer, and director of the film, previously told FOX Television Stations.