The couple said they saw Jackson's water crisis on the news and had to help.

JACKSON, Miss. - When Houston resident Mary Ozan watched the Jackson, Mississippi water crisis unfolding on the news, she knew she had to do something.

"As soon as I saw it, I didn’t give it a thought. I just told my husband, I said, ‘We need to bring some water,’" Ozan said.

A day later, Mary and her husband Gene were unloading three pallets of water in a Walmart parking lot in Jackson at a water distribution event Wednesday.

Video filmed by James Haynes Jr. shows the couple untying loads of water from the back of their pick-up truck as Haynes thanks them for their kind deed.

"Anything we can do to help," Gene Ozan said.

Residents in Jackson have long struggled with a faulty water system that frequently requires them to boil their water before using it. They were already under a boil-water order before flooding from the Pearl River exacerbated long-standing problems at one of the city’s two water treatment plants this week, leaving many residents without any water at all. 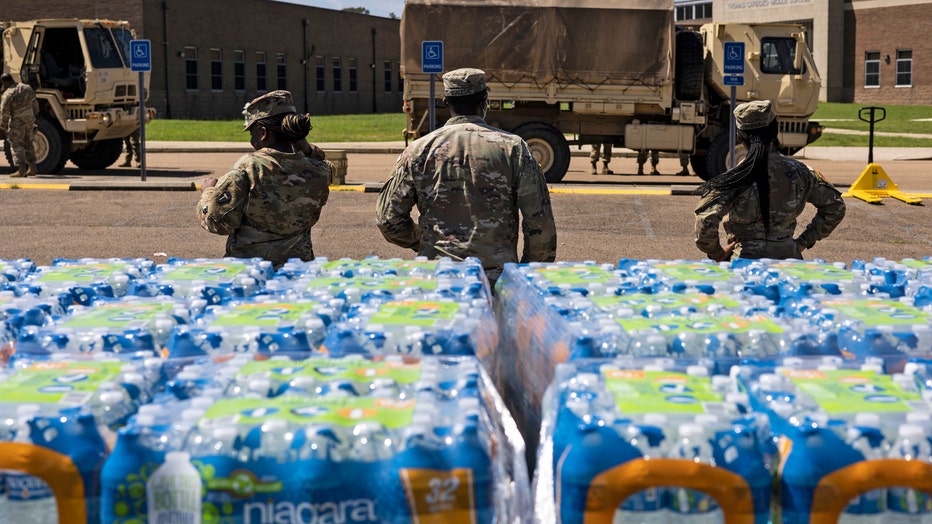 Members of the Mississippi National Guard hand out bottled water at Thomas Cardozo Middle School in response to the water crisis on September 01, 2022 in Jackson, Mississippi. (Photo by Brad Vest/Getty Images)

Gov. Tate Reeves declared a state of emergency, the National Guard has been called in and residents have been lining up at water distribution points to get bottled water for drinking and water to flush their toilets. Biden approved an emergency declaration, directing his administration to surge federal assistance to the area.

City figures show that as of Wednesday morning 80% of the water system’s customers had little or no water. It was unclear how many had been substantially restored as of Thursday.