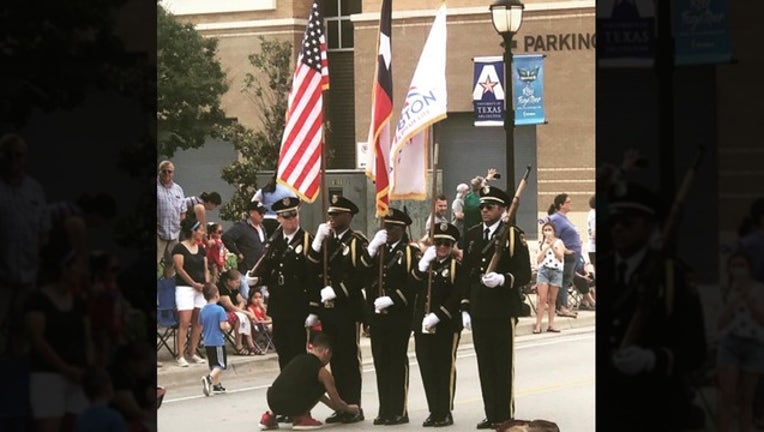 FOX NEWS - A young boy who stepped in to tie the shoe of an Honor Guard member during a Fourth of July parade said the now-viral gesture was made out of respect, expressing his desire to become a police officer when he grows up.

Josh Brown, 11, was waiting for the holiday celebrations to begin last week in his hometown of Arlington, Texas, when he noticed that Honor Guard member Jerrick Wilson's shoe was untied. Wilson was holding the flag, so there was little he could do until Josh came to the rescue.

Josh joined "Fox & Friends" Tuesday alongside his new friend, Officer Wilson, saying he was "nervous" to run out during the parade, but did it anyway.

"I think it was just respect for the officer, that I wanted to do that," Josh said.

Another parade attendee snapped a now-viral photo of the moment, alongside the caption: "We need more of his type in the world."

Many were quick to respond with words of kindness, including Arlington Police Chief Will Johnson.

After the parade ended, Wilson was introduced to Josh, who he said was concerned about whether his knots had lasted the officer for the rest of the parade. Fortunately, the rest of the event went on without a hitch, and now both Josh and Officer Wilson have been praised for their service.

"I've always had a passion for serving, whether for my country or the community. So I have always had that, that want to serve and help others," Officer Wilson said.

As for Josh, who has his whole life ahead of him - he'd like to follow in Wilson's footsteps.

"I want to be a police officer," he said.