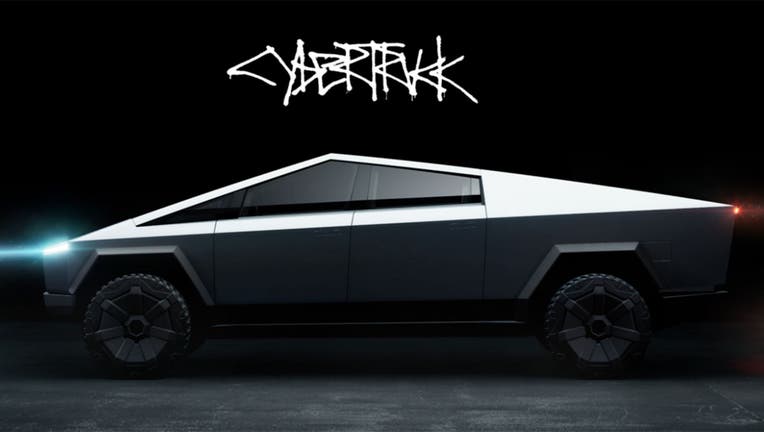 It’s a vehicle dreamed up seven years ago that was designed to look like it’s from the future. Tesla CEO Elon Musk first tweeted the idea for a “supertruck” in 2012 and it became a reality Thursday when he unveiled the Tesla Cybertruck at SpaceX headquarters in Hawthorne, Calif.

Musk told the audience of invited guests and media at the event that Fox News was denied access to that "trucks have been the same for a very long time, we wanted to try something different." 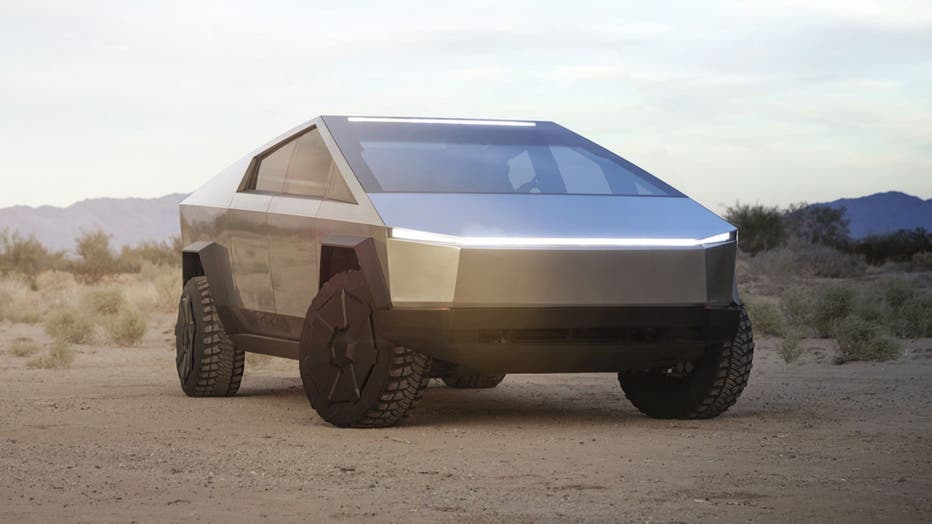 The electric pickup’s unconventional style features sci-fi-inspired elements that include an angular body with slab sides and a windshield that stretches from a peak above the driver's head to a full-width headlight bar in a continuous plane, without a conventional hood. A similar flat surface slopes rearward to the top of the tailgate and incorporates a retractable cover for the bed. 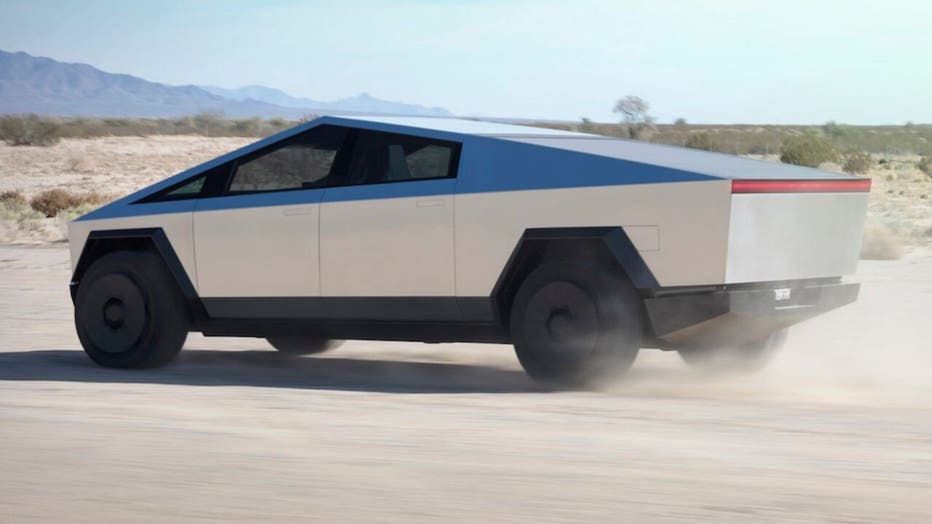 Musk said the truck’s body is constructed with a dent and scratch-resistant high strength stainless steel “exoskeleton” that was demonstrated by someone hitting it with a sledgehammer without damaging it, along with photos showing its ability to stop a 9mm bullet. The truck’s so-called Tesla Armor glass didn’t fare as well and shattered when a small metal ball was thrown at it on stage. 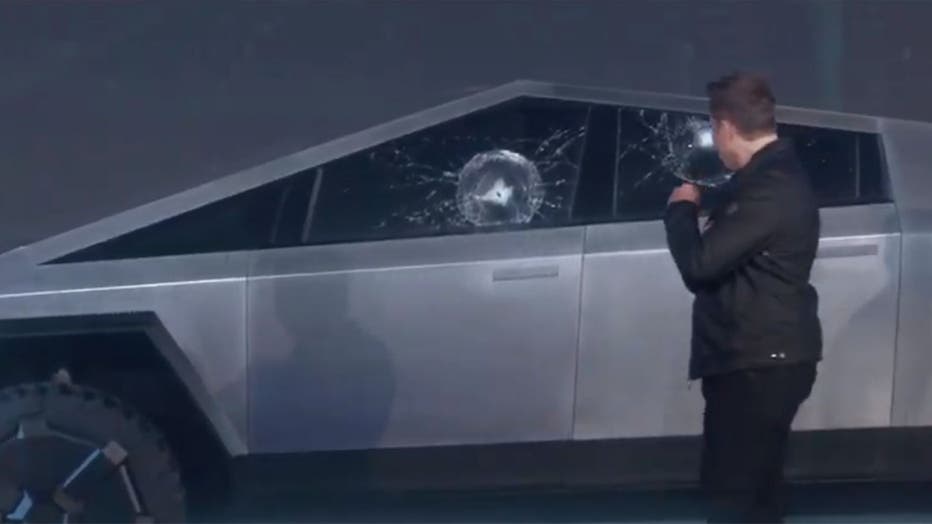 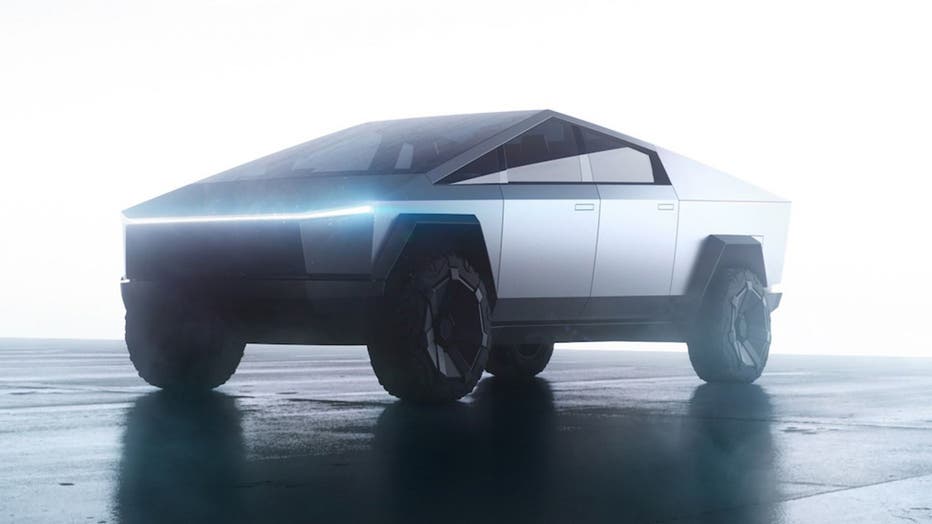 All Cybertrucks will be equipped with Tesla’s Autopilot driving aid and the hardware needed to activate the Tesla’s Full Self-Driving system, which remains a work in progress. They will also come standard with a computer-controlled air suspension system that can lower the vehicle for entry and highway driving and raise it to give it 16 inches of ground clearance for off-roading. 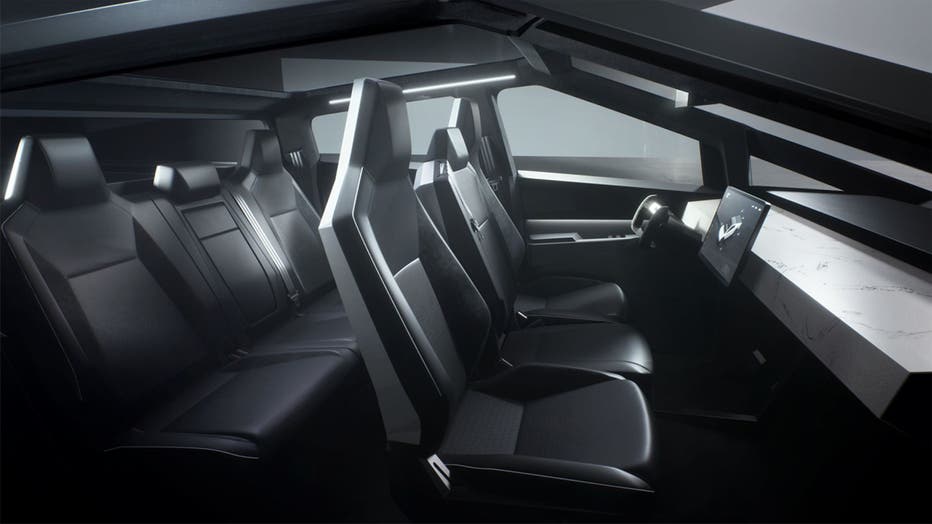 The pickup features a six-passenger interior with a central front jump seat and a minimalist dashboard that has hidden vents and a 17-inch central display. A front trunk resides beneath a hatch while Tesla refers to the bed as a “vault” that secures its contents under a retractable cover. The tailgate has an extendable ramp that can be used to ride an ATV or other wheeled vehicles aboard. 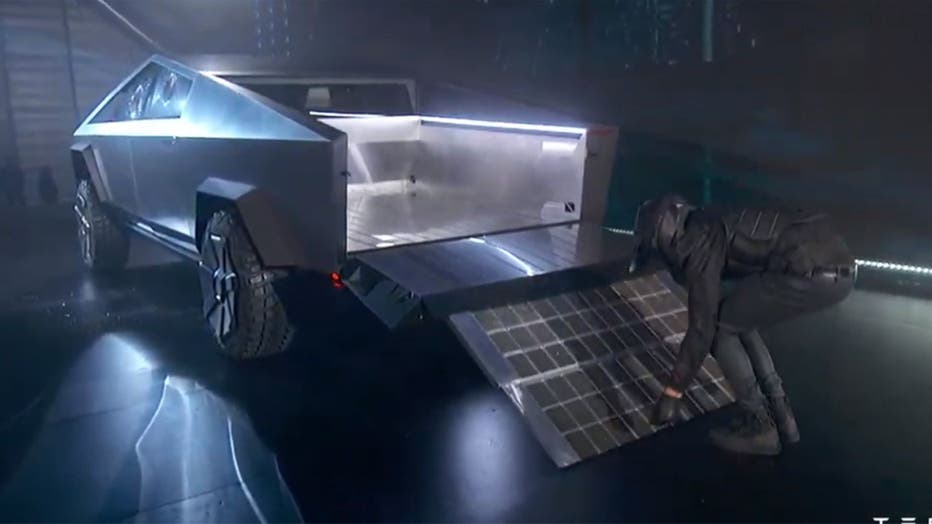 Tesla is now taking reservations for the Cybertruck with a $100 deposit and deliveries of the rear-wheel-drive and dual-motor versions are expected to begin in late 2021 at a yet-to-be-revealed location. Competing electric pickup startups Rivian and Lordstown Motors expect to have their first trucks on sale by the end of 2020, and just prior to the Tesla event, General Motors CEO Mary Barra confirmed that GM will begin building one of its own at the same time the Cybertruck is scheduled to go into production.

Tesla's consumer website says the Tri Motor Cybertruck will be added in late 2022.