Vaccine expert on differences between Johnson & Johnson and Pfizer, Moderna

Dr. Williams Moss, an epidemiologist and executive director of the International Vaccine Access Center at Johns Hopkins, shares the science behind adenovirus vs. mRNA vaccines.

NASHVILLE, Tenn. (AP) - A Tennessee advisory panel tasked with deciding in what order residents should receive the COVID-19 vaccine acknowledged that prison inmates in the state were high-risk, but concluded that prioritizing them for inoculation could be a "public relations nightmare."

The result: Prisoners are in the last group scheduled for vaccines in the state, even though the Pandemic Vaccine Planning Stakeholder group concluded that "if untreated they will be a vector of general population transmission," according to records of the panel's closed-door meetings obtained by The Associated Press. To date, there is no firm timeline for prison vaccine rollouts.

The Tennessee debate reflects an issue facing states nationwide as they roll out life-saving vaccines: whether to prioritize a population seen by many at best as an afterthought, separate from the public, and at worst as non-deserving. The resistance comes even though medical experts have argued since the beginning of the pandemic that prisoners were at extremely high risk for infection given that they live in extremely close contact with each other and have little ability to social distance.

"It shows a lack of morality and an absence of empathy to allow someone to die or expose them to greater risk because they happen to be incarcerated. ... Before anyone was ever imprisoned they were someone’s child, mother, brother, father, or sister first, and they remain so and they should be considered, cared for, and seen as such," said Jeannie Alexander, executive director of the No Exceptions Prison Collective, a Nashville-based grassroots organization.

Just a few months ago, as COVID-19 cases spiked across the U.S., The Associated Press and The Marshall Project tallied cumulative rates of infection among prison populations. The analysis found that by mid-December, 1 in 5 state and federal prisoners in the United States had tested positive for the coronavirus, a rate more than four times higher than the general population. Cases have since declined but remain higher than the general population.

Tennessee ranks 24th in the nation for prisoner cases of COVID-19. To date, 1 in 3 of the state's inmates — more than 38,800 in total — have tested positive for the virus since the outbreak began to spread nearly a year ago. More than 40 inmates have died from COVID-19.

So far, the state has inoculated an unknown number of corrections staff — Tennessee does not publicize that information as other states do — but no prisoners. Twenty-four states have allowed at least some of their inmate population to be vaccinated, including those who qualified under the state’s age guidelines or had preexisting health conditions, according to the AP and Marshall Project data.

RELATED: Thousands of NJ prisoners released due to COVID-19 concerns

At times over the past year, some of the United States’ largest coronavirus clusters were inside Tennessee's prisons, with hundreds of active cases throughout multiple facilities.

Over the spring, Trousdale Turner Correctional, a private prison run by Tennessee-based CoreCivic, saw roughly half of its 2,444 inmates test positive for the coronavirus, while more than 1,100 inmates at the 1,700-capacity South Central Correctional Facility contracted the virus. The state only reported 17 positive inmate cases as of Friday. Visitation has remained suspended for months. The state’s prison population hovers around 30,000, with local jails housing about 19,000.

Documents from the meetings of the Pandemic Vaccine Planning Stakeholder group, did, in fact, stress the importance of the general public seeing that inmates "are people" who should be treated as "part of the community" and "if untreated they will be a vector of general population transmission." Yet the documents concede that providing the vaccine to inmates would result in "lots of media inquiries."

The panel comprises roughly 40 public health agencies, lawmakers, health care coalitions, emergency management and other organizations. Because it serves in an advisory capacity it is not required under Tennessee law to meet publicly, and no audio recordings of the meetings exist, according to the Department of Health. The AP obtained the meeting notes through a public records request. 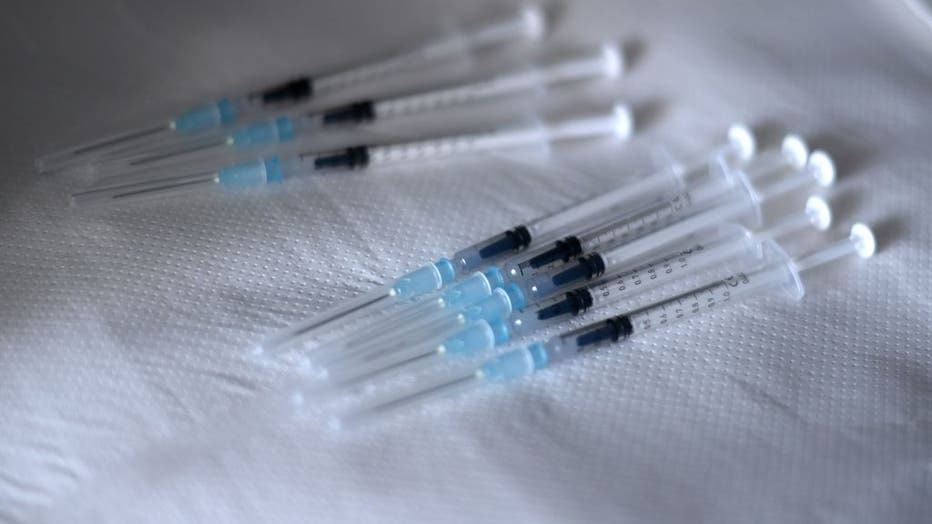 According to the documents, the group first met, virtually, on Sept. 22, before vaccines were available. Tennessee’s incarcerated population came up during that meeting, when the committee talked about populations that may have been overlooked.

"Understand it would be a (public relations) nightmare but a possible liability to the state," states one document, which is not attributed to anyone by name.

Later, in December, when the group met to discuss moving up certain age groups, as well as teachers, inmates were once again considered.

"If we get hit hard in jails it affects the whole community. Disease leaves corrections facilities and reenters general society as inmates cycle out of their sentencing," the document reads, adding that when inmates get the disease "it is the taxpayers that have to absorb the bill for treatment."

Ultimately, corrections workers and jailers were bumped up to one of the earliest slots, alongside first responders. Meanwhile, inmates remained in the last eligible group. Even now, senior inmates who may qualify under the state’s age qualifications are still not getting immunized.

Tennessee currently ranks 47th among states in terms of the number of people it has vaccinated in the overall population. Of the state's 7 million people, more than 14% have received at least one dose of the vaccine, while more than 7% have received both shots, according to data from the Centers for Disease Control and Prevention.

The state has been increasing eligibility for the vaccine over the past few weeks. Starting next week, the vaccine will become available to people age 16 and older who have preexisting conditions — such as cancer, hypertension, obesity and pregnancy — as well as caregivers and residents of households where medically fragile children reside.